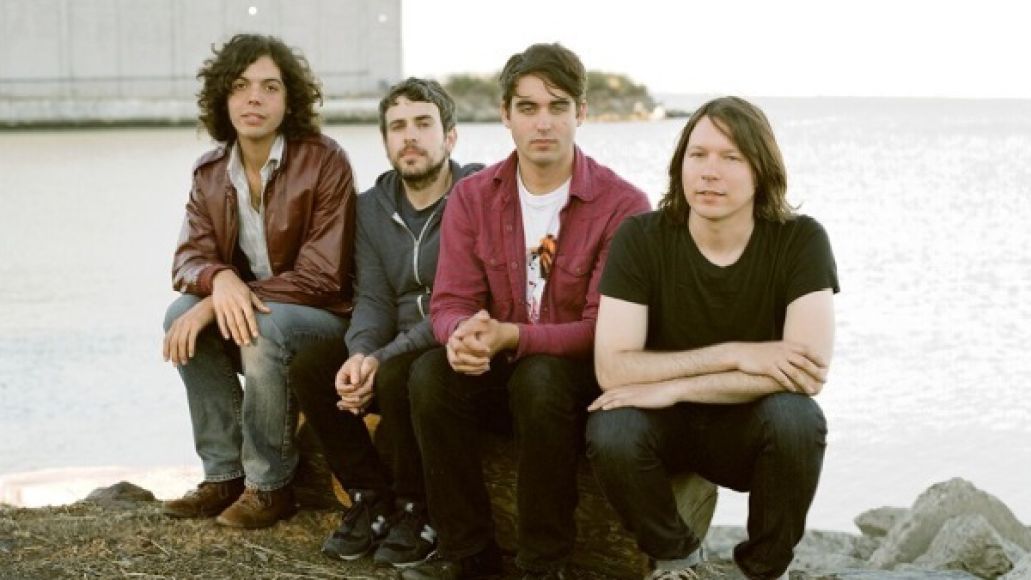 Even those students of music’s most obscure acts may be woefully unaware of Seattle darkwave act Cinema 90. That’s not surprising, though, considering the little known duo came and went in 1984 with but one song to their name: “In Ultra-Violet”. Despite only appearing on the Seattle Syndrome compilation, the song’s minimalist, dark dance vibes earned it its own fanbase. That includes San Francisco electronic indie outfit Maus Haus, who has dusted off the track and given it brand new life 30 years after its debut. Much of the danciness of the original has been replaced with a shoegaze-y sway, and it’s also got a fresh sheen of shadowy beauty. Take a listen to the rare cover below.

Described as “a concoction of Kraftwerk, The Beach Boys, and Sonic Youth steeped in a solution of glitchy noise,” Maus Haus recently signed to Lavish Habits. Their label debut EP, Light Noise, is due out October 2nd digitally, and the 23rd physically. Below, check out the band’s upcoming tour schedule supporting the likes of the Dodos, Generationals, and The Intelligence.