In October, UK dance-pop outfit Saint Etienne will embark on their first North American tour in six years, supporting their first album in seven, Words and Music by Saint Etienne. We recently spoke to lead singer Sarah Cracknell about the upcoming tour, the new album, and more. You can read the full conversation, plus see the band’s complete tour schedule, below.

This is your first album in some seven years. What prompted you to drop it at this point in time? Or, was it just something that sort of happened?

It was indeed a fairly organic thing, it certainly didn’t seem like seven years since our last album proper. Some people we’d worked with previously at Xenomania (a songwriting and production house who had hits with Sugababes, Kylie Monogue, Girls Aloud, etc.) had left and were setting up on their own. They suggested doing some writing together and that may have started the ball rolling a bit. But otherwise it just felt like the right time!

Do you consider this a reunion?

We aren’t a reuniting band, we’ve been working together for the last seven years on other stuff as well as Saint Etienne gigs and fanclub releases. We also never stop writing together.

How do you see Saint Etienne in the scheme of the modern music scene? Countless outfits nowadays have gotten into the dance-pop sound, many of them undoubtedly inspired by your own work. Is it odd to be sort of the vets amid fresh faces, especially in a sort of youth-heavy genre? Do you still see the band in sort of the same light as you did 22 years ago?

I don’t think the core of the band has changed at all, we still write in a similar way, very much a cooperative between the three of us. The mood of our songs is still often melancholy, collectively our favourite emotion for a song. There is a slight full circle feeling about the music scene today which suits us fine. It’s brilliant to be attracting so many new fans. 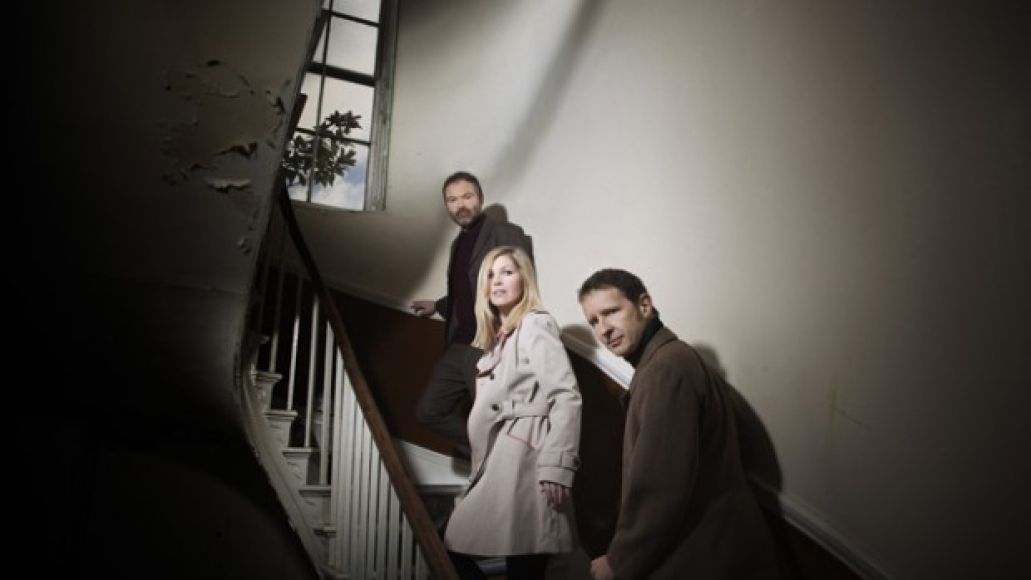 So much of your music has to do with or has a connection to London. How has your relationship with or feelings toward the city evolved over the years?

My love of London has never wavered, the magnetic pull is still there. It’s a city that never stops evolving and just as I’m mourning the loss of something like a favourite cafe that’s closed down, a brilliant new bar will open up somewhere else.

Your love of London aside, do you have any favorite U.S. cities to play? Any funny stories or places that have a lot of meaning to you?

For us, playing anywhere in the U.S. is pretty special as we don’t get to do it very often. I always look forward to playing The Fillmore in San Francisco and I’m excited about going to Portland as I’ve never been before!

This latest tour is something of a return to America for the group. How do you think, as non-residents, things have changed for bands touring in the U.S.? Do you think the scene has gotten more crowded or convoluted? Or, are you more hopeful about pop music’s place in the good old USA?

It’s been such a long time since we did a US tour, I couldn’t really say. Time will tell.

How do you go about touring as an “older” band these days? Does it impact where and/or how you play? Is your approach adapting the music from the record to the stage any different as well? How would you describe the group’s live show currently?

There isn’t much different these days to our behaviour on tour, it just takes longer to recover! I think our live shows have gotten a lot better, we’ve honed the sound and added loads of film and visuals. Also because of the dancier element of the new album the live shows are very up tempo. Dancing shoes on please!

A lot of the new album works with the concepts of music’s impact on our daily loves and the ways in which it defines our emotional progression. How do you think music impacts these facets? How do you think that’s expressed over the course of the record?

I see music as a soundtrack to our lives, if you hear a record it can transport you back to a time and place, an emotion, a person or whatever. Not just the past, in fact some records make you look to the future — hopefully in a positive way! Our record is all about that, the stage is set with the first song “Over The Border”.

The album is also about a very simple, unwavering obsession with music, specifically pop music. What do you thank for yours/the group’s life-long obsession with pop? Is there ever a point where being a pop music fan means recognizing a certain level of immaturity?

I can only speak for myself really on this one. I was lucky to have good music around me as a kid thanks to my parents, things like T. Rex, The Beatles, Beach Boys, and stuff. A good start. Punk happened and, although I was a bit too young to go to all the gigs, the atmosphere was all around me and it was electric! Another important time for me musically was the early to mid 80’s when I was listening to bands like Felt, The Loft, and The Bodines, to name but a few. The thing I found so exciting was that not many people knew about these bands. I felt like my friends and I were in a secret society or something! Then, of course, Acid House and sampling happened both of which proved very influential to Saint Etienne. 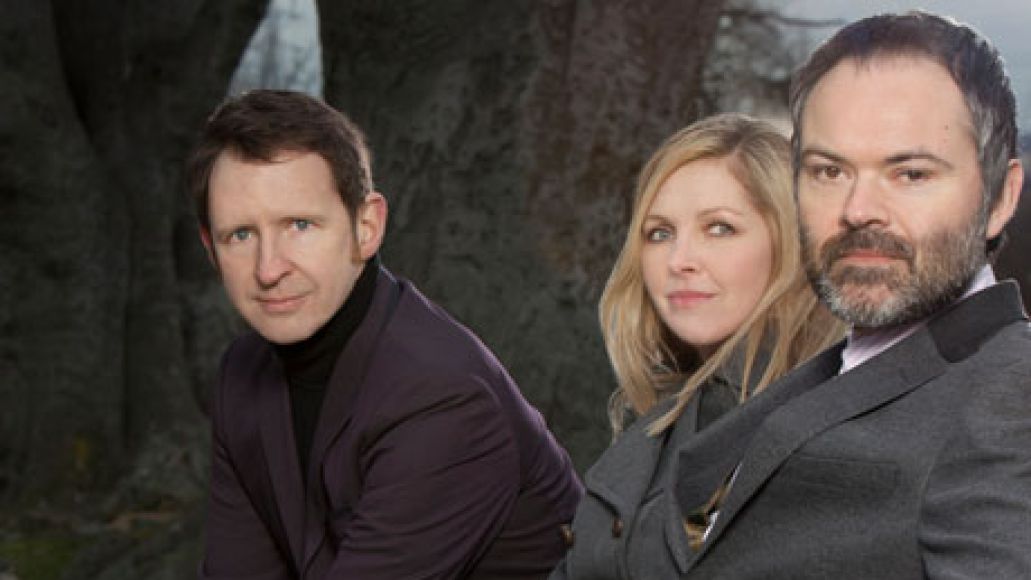 The album is not all uptempo, as it has a few really solid, “slower” numbers (“Heading for the Fair”, “Record Collector”). Do you think the softer, less “bubbly and in-your-face” aspect of the band’s persona is something that will come to the surface more and more?

We’ve always had a softer side! If anything there are fewer of those type of songs on this record than on most of our other albums.

Bob [Stanley] has said in previous interview the band hopes to release a double album next year. Is there anything you can reveal about the album’s recording or overall sound/aim? Are you going back to regular releases, or will you continue to be more “reclusive” after the double LP?

To be honest, I can’t/won’t answer any of those questions right now as it’s too early to say.

“I’ve Got Your Music”

The group’s always sort of been close to mainstream success without ever truly achieving it. Does that still matter to you as a group, or have you transcended worrying about chart success and the like?

We would always love to have chart success but it’s not the thing that drives us. To be honest, we’ve probably sold more records overall and played live to more people than a band who have a No. 1 album and get dropped two years later. It’s all about longevity in Saint Etienne.

Are there any modern bands/artists that you and/or the rest of the group are fond of? Relating back to an earlier question, do you see a little bit of Saint Etienne in any of these acts?

I love Sea of Bees from America; Julie Ann Bee is a star. Not much in common with Saint Etienne in musical style, but there’s a great connection. We’re singing from the same page!