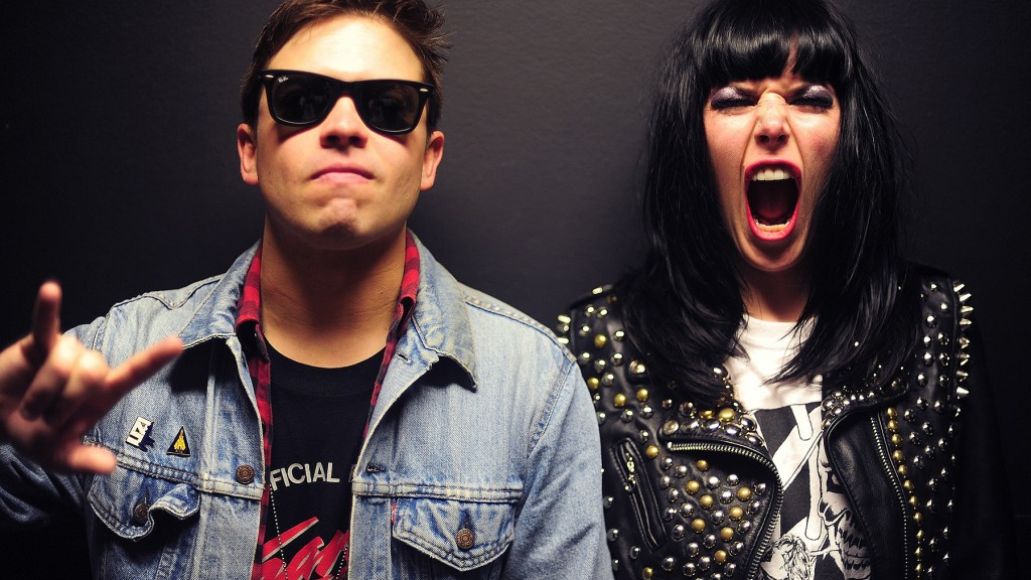 Thanks to a totally un-tubular skateboarding accident, Sleigh Bells have canceled their appearances at the Pygmalion and MidPoint festivals and postponed several club shows. “I fractured the radial bone in my right arm at a skate park in Tequesta, FL”, guitarist Derek Miller tweeted. “My arm is healing well but we gotta play it safe so I don’t fuck it up some more.”

According to an issued statement, the band hopes to announce new shows in Champaign-Urbana and Cincinnati in the near future. Check out the band’s updated itinerary below, followed by the music video for the latest Reign of Terror single, “End of the Line”.