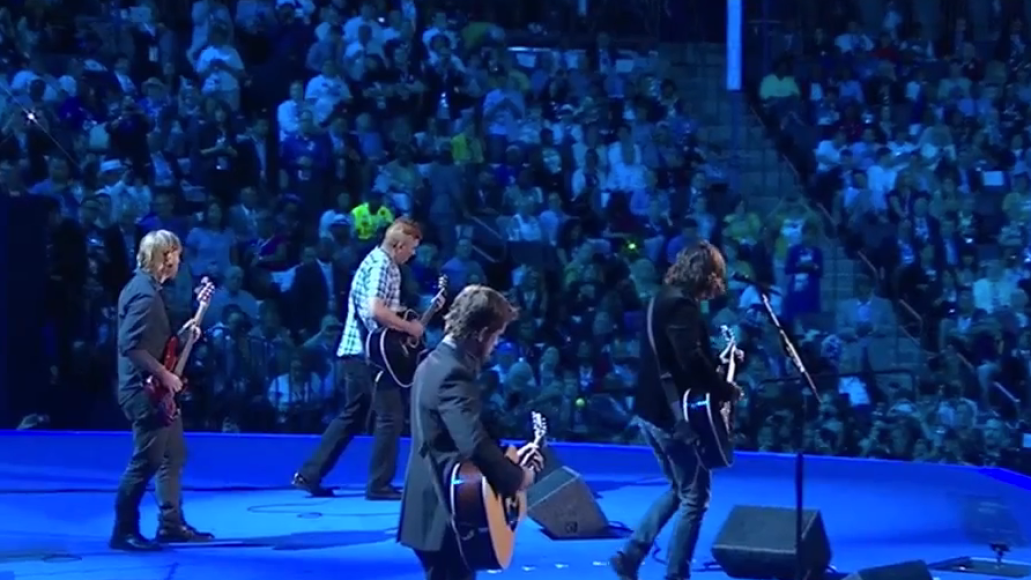 As promised, Foo Fighters took the stage tonight at the Democratic National Convention and tore through the songs “My Hero” and “Walk”. And to quote Wolf Blitzer, “Wow!” If you missed it, watch the replay below.

Foo Fighters stayed away from the political fray during the early years of their existence; however, in 2004, the band performed at several rallies for Presidential candidate John Kerry. And earlier this year, they headlined a concert fundraiser for President Obama.