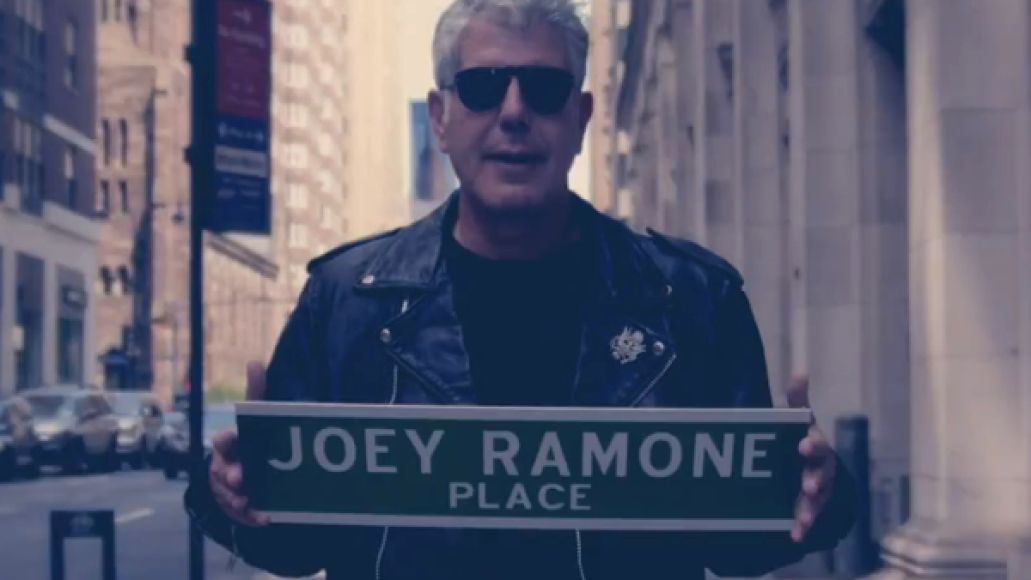 Joey Ramone remains the busiest rockstar in the afterlife. Earlier this year, he dropped his posthumous album “…ya know?”, and now he’s back with its accompanying video for “New York City”. Directed by Greg Jardin, the three-and-a-half minute ode to the Big Apple gallops across the metropolis through a series of eclectic cameos. From the likes of Anthony Bourdain, Reggie Watts, and Andrew W.K. to local citizens who pay an arm and a leg to stay within its concrete confines, everyone joined in to lend Ramone a hand. Watch the clip below.

In related news, a limited edition deluxe version of “…ya know?” will surface on November 23rd via BMG. The release will include the 15-track album, in addition to a new DVD that features never-before-seen footage of Joey Ramone and interviews with Elvis Costello, Kirk Hammett, Deborah Harry,Anthony Kiedis, Thurston Moore, Joe Strummer, members of Rancid, and many more. Also, ’tis the season, fans will receive a playable 5″ green vinyl holiday ornament of “Merry Christmas (I Don’t Want To Fight Tonight)”. Rock on.