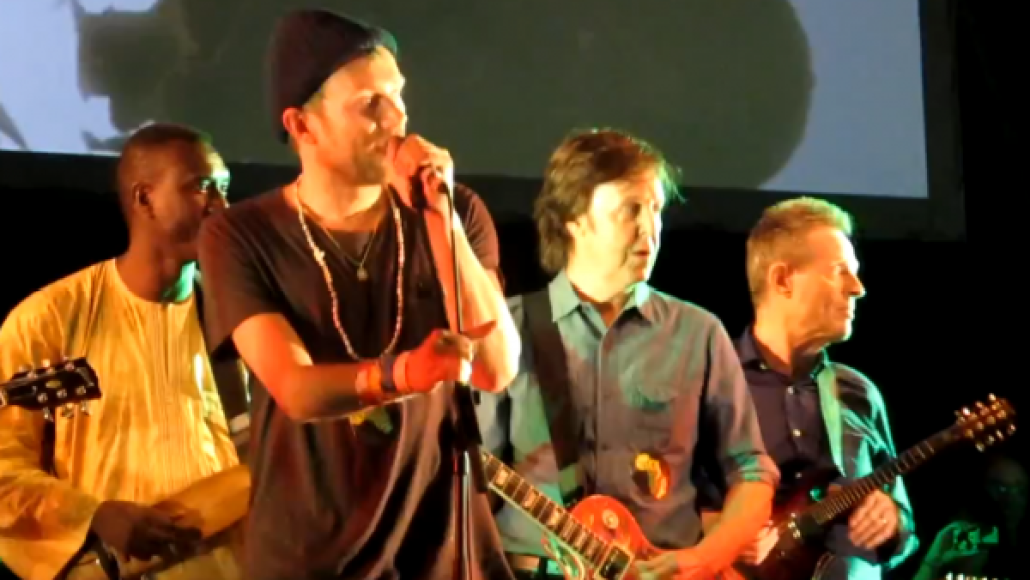 Damon Albarn’s Africa Express tour roared through London on Saturday night, and the collective of UK and African musicians were joined by a very special guest. As The Guardian reports, Paul McCartney performed the Wings songs “Coming Up” and “Goodnight Tonight”, backed by an ensemble that included Albarn, Led Zeppelin bassist John Paul Jones, afrobeat drummer Tony Allen, Gruff Rhys of Super Furry Animals, and more. Check out a fan recording below (we’ll update it with a better one if/when it pops up.)

As previously reported, Albarn spearheaded the Africa Express with the goal of inspiring new audiences and exploring the UK and Africa’s vastly different musical frontiers. The collective of over 80 musicians has been the traveling through the UK via train, stopping in various cities for both scheduled and surprise performances.