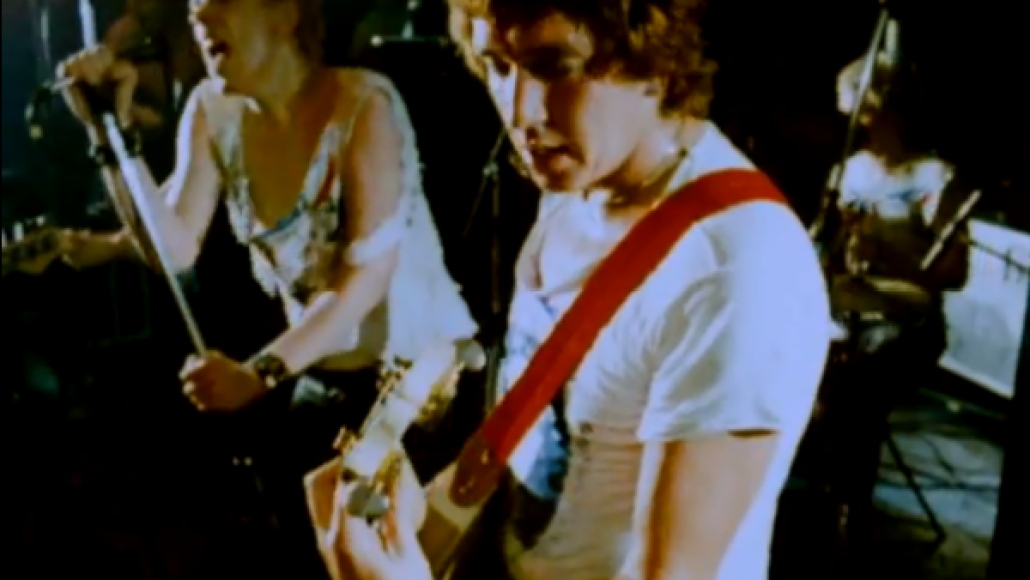 Coming to you just 35 years after the song’s release, here’s the Sex Pistols’ official video for “Holidays in the Sun”. Created by the band’s longtime documentarian Julien Temple, the clip contains previously unreleased concert footage alongside scenes from the band’s trip to Berlin in 1977. The Pistols took the trip after being sacked by their label, A&M Records, and it ultimately inspired the lyrics to “Holidays in the Sun”.

“Berlin was a very different town then. It was like that scene in Apocalypse Now when they go up the river and they see the flares and the party going on, all the soldiers on acid… That’s what Berlin was like, with a chaotic war-zone wrapped around it. The Communists were looking in on this adventure playground. Quite mental.”

The video is part of the 35th anniversary reissue of Never Mind the Bollocks — which explains why it’s just being released now.

The Pretty Reckless Join Forces with Soundgarden Members in "Only Love Can Save Me Now" Video: Watch