Despite only appearing on the radar in the last couple years, Gary Clark Jr. has been plugging away at the blues since 2004. Clark’s rise to mass appeal is centered upon his representation of a purer form of the genre, and at 28, he’s a relative wunderkind if you look at the mean ages of trad-blues players. But on his major label debut, Blak and Blu, Clark buckles under the pressure, resulting in 13 tracks of just good blues-rock from a man who has so much more to offer.

Whether the deepest Muddy Waters cut or the Black Keys in some Home Depot ad, the blues has to have The Ache. It’s that un-fake-able sense that the voice you’re hearing has seen the ugliest parts of the world and is bearing every inch of their emotional wounds. For his part, Clark’s attempts at portraying The Ache result in the oh-so-close “Numb” and “Next Door Neighbor Blues”.

The former is a bombastic ditty overflowing with fuzz, Clark matching the guitar’s rattle with an alluring voice that mightily promises loads of emotional pay-off. But it doesn’t quite deliver: Clark sounds damaged as he talks about being numb from the ways of a bad woman, but there’s a certain sense to his vocals that he’s holding back some, that perhaps the idea of opening up to more people than ever before is keeping him from revealing every violent implosion and instance of infidelity. Like all good blues, he makes you feel his pain, but there could be a vast ocean of rage and heartache where there’s only a steady stream.

“Next Door Neighbor Blues” attempts to get at a more traditional blues sound, with Clark’s hoarse vocals and jagged guitar edited to sound like it was recorded in 1943 Mississippi. Clark even busts out a true blues tale of a relationship that ends with clothes on the yard and a pistol drawn.  Still, it’s too perfect of an homage, as if Clark is merely recreating someone else’s notion of pain. He hits the mark perfectly, his anguished wail ripping at heartstrings, but even the best acting job can’t make you forget this is more performance than a sincere emotional catharsis.

And it’s those lyrical concepts that are usually the reason why Clark’s blues isn’t quite bluesy enough. “The Life” is the quintessential blues notion of willfully doing dumb stuff (i.e. non-stop partying), but its impact is damaged by “Glitter Ain’t Gold”, which invalidates that message by making self-destruction A-Okay, as long as you’ve got a pretty girl on your arm. Other tunes (the “made for NFL TV” of “Bright Lights”, the cliché train metaphor of “When My Train Pulls In”) are unbecoming of Clark’s skills, sounding as if he’d recycled the hackneyed thoughts of blander mainstream rock stars. Clark’s surely had enough adventures as a journeyman to give listeners something really heart-wrenching (struggling for fame, relationships probably not ending with firearms, etc.)

If there’s any part of the blues Clark has mastered unequivocally, it’s the tradition of following the creative spirit wherever it may lead, which yields primo experimental numbers. “Travis County” manages to re-appropriate the blues-inspired garage-psych of acts like the Black Lips, finding a profound niche between the vintage twang and the modern-day rock assault. “You Saved Me” takes Clark’s love of booming guitar to its inevitable conclusion of anthemic metal that burns as big as it does methodically. But even in the haze of dreamy guitars, Clark makes vital his sensual croon and pop music-inspired sense of pacing. These are the numbers Clark should have more of, as they take not only blues but rock of all sorts into a more accessible direction without forgoing their individual sparks.

But of all of Clark’s musical experiments, the covers medley of “Third Stone From The Sun/ If You Love Me Like You Say”(originally by Jimi Hendrix and Little Johnny Taylor, respectively) is Clark’s defining moment of musical intelligence. The 10-minute epic begins life as an exploration of the deepest regions of prog space, furthering Hendrix’s vibe of grandiosity. And when the track shifts almost suddenly into a jangly pop-rock number that somehow features random turntable scratches, it all feels so perfect together. They’re opposing ideals and sensibilities, united only by Clark’s ability to span charts as readily as genres. It’s seems counter-intuitive, to be fearful of being truly vulnerable while excelling at pushing sonic boundaries, but that might be the focus Clark needs to really step up.

Clark’s presence is going to be crucial for a renaissance of more even-keeled blues music. The problem is, this is a man who can’t just be merely satisfactory, and his skill set shouldn’t be stifled by pressures either label-born or self-imposed. In a perfect world, he’d have everything necessary to run the blues flag worldwide; for now, we’ll have to settle for something merely enjoyable.

Essential Tracks: ”You Saved Me”, “Third Stone From The Sun/If You Love Me Like You Say” 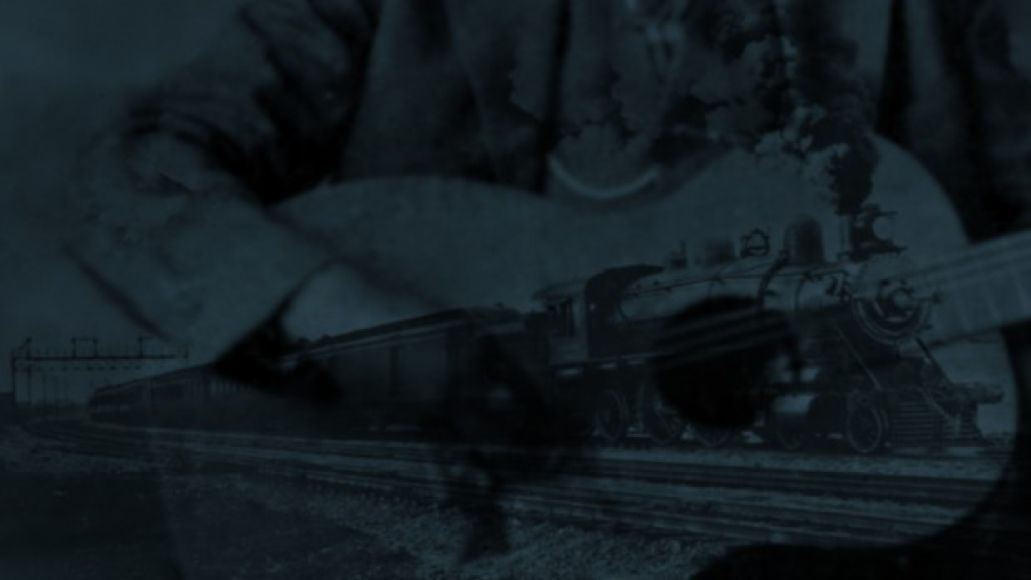