Maybe we weren’t hearing them clearly enough 10 years ago. Maybe we’re still trapped in the ruined machine on the back artwork to F#A#(infinity). Maybe none of us made molotov cocktails even though we were given explicit instructions on how to do so on the back artwork to Slow Riot For New ZerÃ¸ Kanada. Maybe we still buy records from AOL/Time-Warner, BMG, Sony, and Vivendi Universal — the same four record companies the band flowcharted to the military industrial complex 10 years ago on the the back artwork to Yanqui U.X.O. The time for simply lifting your skinny fists to heaven has passed. Allelujah! Don’t Bend! Ascend! offers fewer catharses, fewer emotions, and fewer answers, putting more distance than ever between Godspeed You! Black Emperor (self-debased on this album as “God’s Pee”) and the listener. It’s blurry in the distance and surrounded by noise, not unlike its front artwork. As for this album’s back artwork? A poem:

WRECK’D US OUR COUNTRIE’S AMOK
TORN THRU
WITH BIRDS THEE SKY’S A BRUIS’D UNRECKONING
THEE SHORE’S BLED DRY BUT TEPID WATERS.
to bury the lead in trebl’d hiss, thatch the following –

OUR CITIES’ GRACE AND PAIN
A STINKIN’ WIND – A PLAGUE OF POLICEMEN
AND
OUR DREAMS, ALIT, STINKING IN THE HARBOUR
THEE ONLOOKERS STARE
‘ALLELUJAH!      DON’T BEND       ASCEND.

So, yes: Allelujah! Don’t Bend! Ascend! is another political record from the Montreal band, and it’s the band’s most political record not just by way of contextual elbow-jabs but also musical aesthetics. It’s Brechtian in its staging of ideas, detached and performative without the populist rising and falling action of their formative post-rock years. Instead of peaks and valleys, the now eight-person ensemble uses a flat drone as abrasion and meditation as a means of connection. Where there was fear and foreboding in their earlier works — music fit for the climax of a movie —  Ascend! feels like the end credits of hopelessness of 10 years of continuous failures, and a last attempt to guilt slacktivisits to be an agent of political change. It’s most effective political rock album since Titus Andronicus’ The Monitor.

This puts the album in a unique and frustrating place, because as ancient as Allelujah! sounds, as visceral as the recordings are, the whole soul of the record is roped off like a special museum installation. It feels didactic, and occasionally monotonous — which, when creating an album centered around drone is really the last thing you want to have happen. Experimentalists like La Monte Young or Oren Ambarchi play with drones as a way of connection, a magnet to an unknown place that can exist within your subconscious, pulling you into an abyss. The work it takes to let Allelujah! pull you to that place of transcendence — that place where “Bbf3” and “East Hastings” could whisk you off to so easily — is at times Sisyphean.

Two 20 minute pillars hold the album up, each more aggressive and lush than anything the band has recorded previously. The first, “Mladic”,swells and distends at a glacial pace, until two guitars mimic the sound of crows cawing overhead. It’s a beautiful shift out of the drone stream at 6:45, when the first key-change comes in, and a groove starts to form in that Middle Eastern modality. The song stays in the red, eventually locking in to a Sleep meets Swans full-throttle fortissimo.

The final movement to the other 20 minute behemoth ”We Drift Like Worried Fire” locks into Neu! meets The Joy Formidable full-throttle fortissimo too, but the problem with both of these tracks is that there’s no good plot or supporting scenes to support all the Explosions in the Sky. It’s like a Stravinsky score played without a conductor — the forms of the songs are misshapen and odd, the music obtuse and barbed, keeping out any sort of easy emotional resonance that could accrue if only something was shaping it. That chaos is certainly affecting, but it’s the fury of everything so much on to the page without precision, all tense and anxious, rough sketches of ideas that loop back and land limp.

The two younger cousins of these pieces, “The Helicopter’s Sing” and “Strung Like Lights at Thee Printemps Erable”, don’t use their noise drone aesthetic as respite, refueling, or recontextualizing, but rather as waiting-room music for a dramatic thread that struggles to present itself. A bagpipe bleats, a violin is attacked, and it’s ominous and bleak like a Sunn O))) low-hz B-side. Where the pair should offer something other than interesting texture, they’re more masking tape than anything else.

But that’s what’s really great about these pieces. Allelujah!’s defiance of strictures of classic post-rock cinematic crescendos, or extended kraut-rock grooves, or popular musical modes and tonalities are what makes it work more as political album than it does as a traditional emotional one. With no overt anarcho-syndicalist rants or post-apocalyptic fatalism channeled through interstitial beat poetry from Blase Bailey Finnegan III like on Lift Your Skinny Fists like Attenas to Heaven, or brow-beating metaphors like “The car is on fire and there’s no driver at the wheel” that introduced F#A#[infinity], the music itself becomes the message.

“Someone asks us what the thing we made means, we say figure it out for yourself, the clues are all there,” said the band in a recent interview. Ratko Mladic was arrested last year for his part in the genocide of Bosnian Muslims in Srebrenica in the mid ’90s, over 400,000 people took to the streets of Montreal to protest a 75% tuition increase proposed by the Quebec Cabinet in what was referred to as Printemps érable, or “Maple Spring”. There’s not just concrete clues like the song titles, the back cover art, and a little note inside: “Fuck Le Plan Nord. Fuck La Loi 78. Montreal Right Now Forever.” It’s all clues, loud and electrified. GY!BE dare you to personalize the brambly politics of the music, and on Allelujah!, they’re finally very, very clear on that point.

Essential Tracks: “We Drift Like Worried Fire”, ”The Helicopter’s Sing” 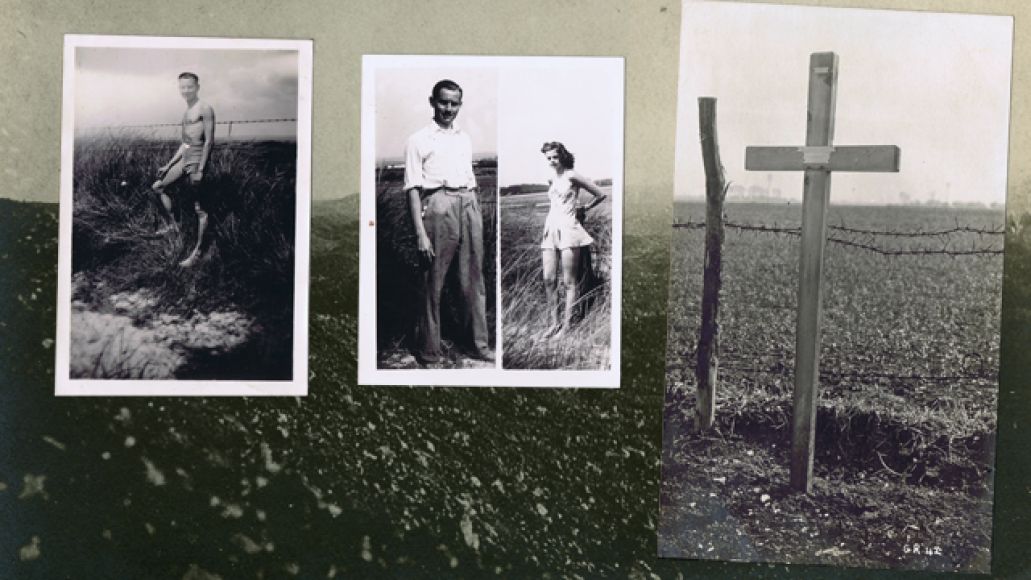