“Titus Andronicus the studious recording project and Titus Andronicus the raucous touring machine are no longer two distinct beings; there is only Titus Andronicus, rock and roll band.” So read Titus Andronicus frontman Patrick Stickles’ Tumblr post announcing his band’s third album, Local Business. Indeed, the Titus that made 2010’s 65-minute, American Civil War-inspired The Monitor one of the best indie-rock/punk albums in recent memory is not quite the same band that earned a Live Act of the Year nod two years ago.

For one thing, it was probably unrealistic to expect that the bagpipes, saxophone, trumpet, fiddle, and other instruments that made The Monitor such a blown-out album would be lugged from show to show in the band’s Vandronicus. For another, there was no way The Hold Steady’s Craig Finn, Vivian Girls’ Cassie Ramone, and poet Okey Canfield Chenoweth could always be in tow to recreate their recitations of Walt Whitman, Jefferson Davis, and Honest Abe, respectively. Obviously, if Titus really wanted to be able to do justice to their recorded material at future gigs, some pretty drastic adjustments were in order.

Adjustments were made for the 10-track, 50-minute Local Business. Instead of almost impossibly cathartic chants like The Monitor’s Ã¼ber-metaphorical “It’s still us against them!,” we get less, uh, relatable ones like “My eating disorder!,” which refers to Stickles’ own struggle with selective eating. Instead of The Monitor’s trumpet, trombone, fiddle, soliloquies, and interstitial drones, the new album has little besides electric guitars, bass, and drums to go along with Stickles’ Conor Oberst-via-Ian MacKaye vocals. And instead of the core lineup that made The Monitor, Local Business returns just Stickles and drummer Eric Harm, meanwhile adding guitarists Adam Reich and Liam Betson as well as bassist Julian Veronesi. But if it’s troubling to think how much was lost with these shifts, it should be of some consolation to know that the band didn’t compromise on many of the other things that have made it such a resounding success so far. It’s due to this that Local Business isn’t much of a step back.

Local Business isn’t a concept album like The Monitor, but it’s still plenty ambitious on the lyrical tip. According to that Tumblr post, it “make[s] clear the implications of the first two LPs, that the inherent meaninglessness of life in an absurd universe gives the individual power to create their own values and their own morality.” So: existential nihilism. Of course, something like this could get pretentious fast, but Stickles has always been an astonishingly studied writer, evocative, honest, and witty, so it never does. And while there’s more humor here than there has been in Titus’ past – quips like “Your dick’s too short to fuck the world” abound, and little things like Stickles’ “Fellas!” and “Uh-huh” on “(I Am the) Electric Man” are funny enough – there’s also a premium placed on weightier symbolism. For instance, “Upon Viewing Oregon’s Landscape with the Flood of Detritus” accounts both the horrors of a fatal car crash and the impatient drivers “hating that which comes between them and their coffee” that inevitably come with it. It’s a deeply literary moment, and don’t be surprised if the song stops you cold for a minute or two to evaluate “the emergency of modern life” Stickles talked about in a 2010 Spin profile.

Where The Monitor (and, to an extent, 2008’s underrated The Airing of Grievances) ran The Hold Steady’s boozy romping through instrumentally flush, borderline-hardcore excursions, Local Business gathers Tim-era Replacements road-rock, Thin Lizzy power-riffing, and a few selections from the Pinkerton playbook to create a relatively modest musical palette.

That said, save for “Upon Viewing…” and “In a Big City” (the best moment on this album and the most compact anthem Titus have made since their eponymous Grievances track), the songs here, from the eight-minute “My Eating Disorder” to the terse spaz-outs “Food Fight!” and “Titus Andronicus vs. the Absurd Universe (3rd Round KO)”, don’t make much room for verse-chorus-verse structure. But while in this way these songs can seem formless, they certainly never come off as directionless, as most of them eventually lead to a gratifying riff, solo, or shout-along hook. Sure, sometimes the songs are unevenly paced or don’t get locked into a groove as sturdily as you’d like – closer “Tried to Quit Smoking”, for instance, doesn’t have enough build or contrast to justify its 10-minute length – but there’s more than enough power in each to deter anyone from calling Titus out on losing their edge.

Even though Local Business is intended to be indicative of the band’s show, it’s hard not to imagine there being some divide when the band actually hits the road. It’s arguable that anyone realized just how special The Monitor was until they’d seen its songs performed live – there’s just no way the earth-shaking stomp at the end of “Four Score and Seven”, for example, can reach full effect without being played in front of a flailing, elbow-to-elbow, preferably drunken crowd – and Local Business could prove to have a similar story, even with its smaller scope. But for now, Titus have given us an album that no one should want to miss when it does come to town. Of course, that might’ve been the point all along.

Essential Tracks: “Still Life with Hot Deuce on Silver Platter”, “Upon Viewing Oregon’s Landscape with the Flood of Detritus”, and “In a Big City” 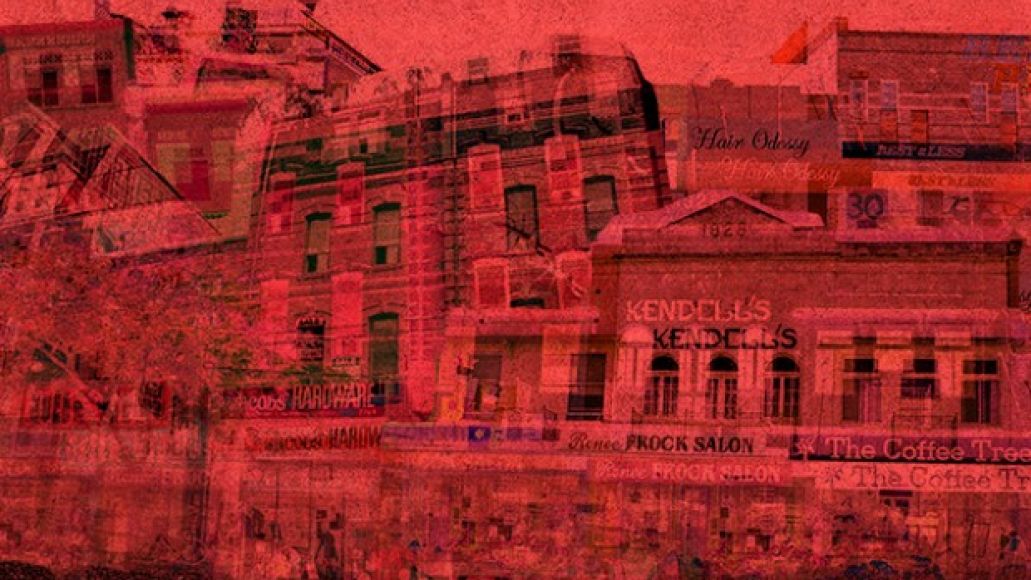