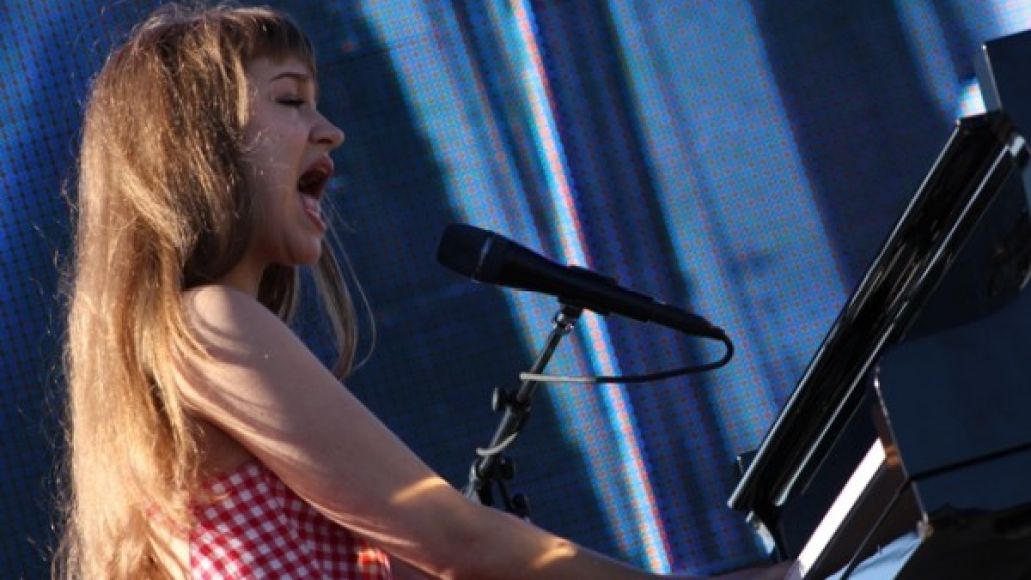 Joanna Newsom made a rare festival appearance at this past weekend’s Treasure Island Music Festival in San Francisco, CA. Under a rich blue sky and whilst sporting a quaint tablecloth dress, Newsom debuted a new piano-centric track allegedly titled, “Look and Despair” (via Pitchfork). Throughout the five minute ballad, she speaks of “mothers and daughters” and how “above them the parades mark the passing of age.” It’s rich, dense stuff, but what else would you expect from the author behind 2006’s Ys or 2010’s CoS Top Star-earning treatise Have One on Me? Watch the fan footage below.

This isn’t the first track that’s surfaced from Newsom in recent memory. Earlier this past summer, she premiered a new song alongside Philip Glass titled, “The Diver’s Wife”. Whether or not she’s preparing to follow up her 2010 double album remains to be seen, but hey, new stuff’s new stuff.

Stay tuned for our full weekend report of Treasure Island.