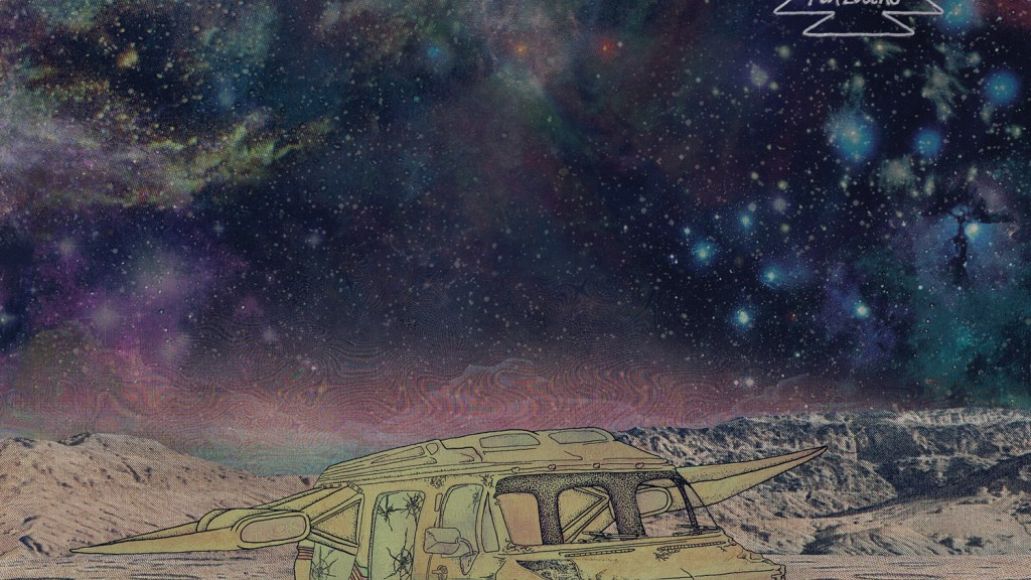 Just before recording his band’s latest album, Indian Handcrafts guitarist/vocalist Daniel Brandon Allen broke his hand. “The doctor said if you go and record that’s your problem if it gets worse,” Allen explained What was worse than any fractured bone, though, was the pressure of deciding whether to go on with the process. After self-releasing their eight-song debut in 2011, the Canadian power duo had come to the attention of Sargent House, who got them a heck of an opportunity with studio time in LA alongside engineer Toshi Kasai (Melvins, Red Sparowes) and guest stars in Melvins drummers Dale Crover and Coady Willis.

And in a decision that speaks literal volumes about the band and its dedication and unquestionable ferocity, Allen and drummer/vocalist Brandyn James Aikins decided to finish the record despite Allen’s nagging injury. “It was a little painful some days, but because of being there in the surroundings it was easy to get around that,” Allen said. “It healed fine.”

Along with a new appreciation for working fingers, the band left the studio this past summer with Civil Disobedience For Losers, which lands in stores on October 30th. The 11-song effort vividly encapsulates the band’s fit-but-muscular sound, a blend of ZZ Top, Hella, Big Business, and Death From Above 1979 once described as “Funkadelic Mothership crash landing on top of the Planet Caravan in Interstellar Overdrive.”

For a crash course in their jam-packed blend of funky fury, the pair have released the latest single, “Red Action”. Using the hard-working grooves of Grand Funk as a template, the duo craft a song that reaches maximum intensity and volume with a guitar that cuts like a broadsword and drums that pound like hammer blows. However, the glue that holds it all together and really sets their sound on fire is the interplay between Allen and Aikins, whose shared harmonies are tantamount to screaming banshees.

“We were the two who always got along,” Aikins said. “I can’t ever see us having anyone else in the band. Unless Toshi played tambourine.”

For more from the band, be sure to stream the LP’s previous singles, “Bruce Lee” and “Terminal”.