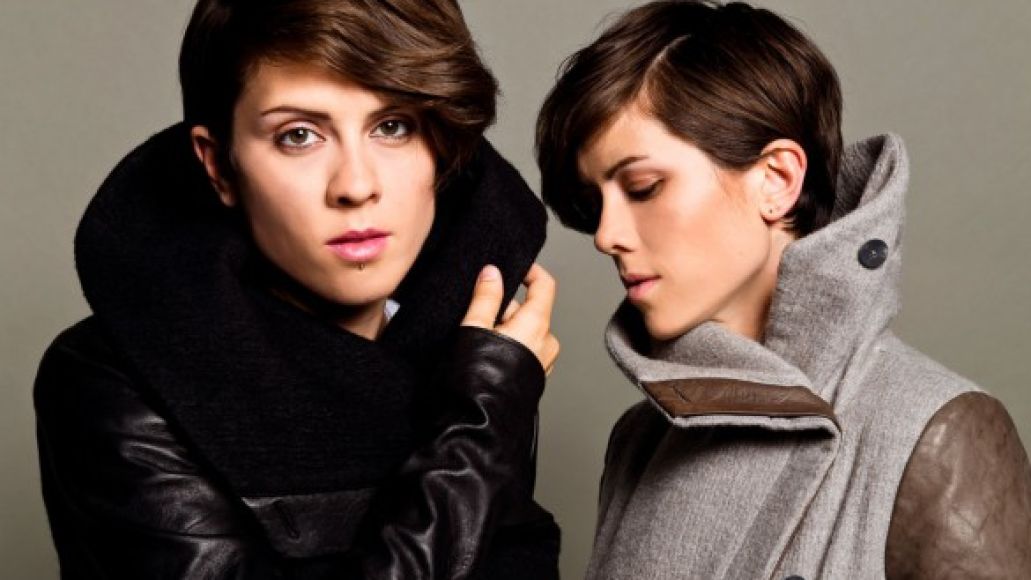 Wonder twins Tegan and Sara have released “I’m Not Your Hero”, the second track off their recently-titled seventh studio album, Heartthrob. In an interview with MTV Hive, Sara Quin called the song one of her favorites to play live (alongside lead single “Closer”), no doubt thanks in part to its gargantuan wall of guitar, dance-ready drum groove, and anthemic message/chorus (“I’m not your hero/But that doesn’t mean we’re not one in the same”). Stream it below.

Heartthrob hits stores in early 2013 via Warner Bros. Records. In the same interview, the siblings called this their “pop” album. “When you say ‘pop’ these days, everybody thinks Katy Perry,” Tegan Quin said. “We mean pop in the very eighties sense: hooks, keyboards, lots of vocals.” Sara Quin added they took influence from several of producer Greg Kurstin’s past clients, most notably Pink and Lily Allen.

New Music: Tegan and Sara - "I'm Not Your Hero"