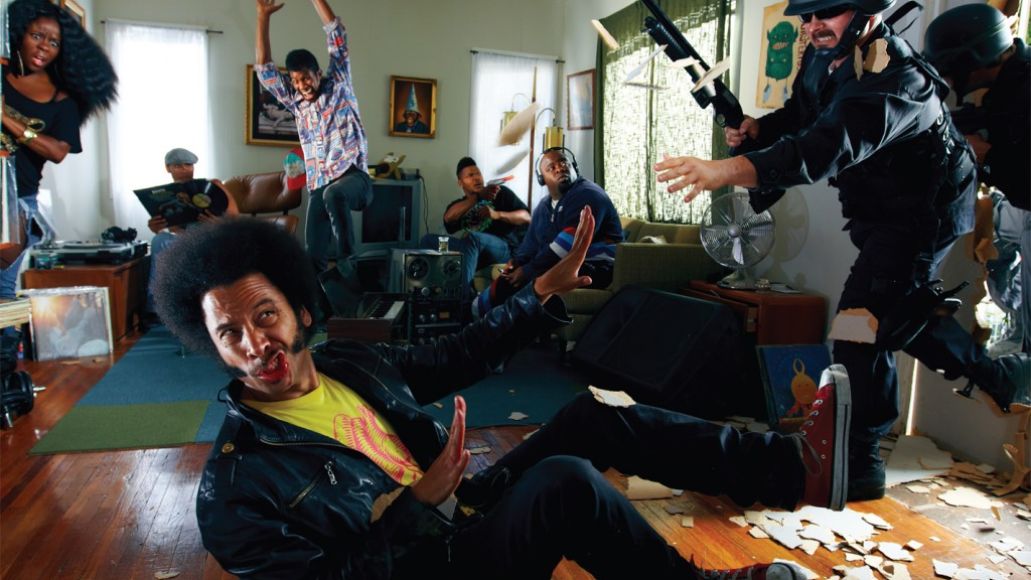 After collaborating with Tom Morello on Street Sweeper Social Club, Boots Riley will return to The Coup for their sixth LP, Sorry to Bother You, due out October 30th via Anti-. The follow-up to 2006’s Pick a Bigger Weapon was produced by Riley and Damion Gallegos, who worked together to combine “danceable beats, punk urgency and the astute social commentary of hip-hop to craft a refreshingly unique sound that draws from the past but never sounds anything but futuristic.” Guest contributors include Anti-Flag, Jolie Holland, Japanther, Vernon Reid, Joe Henry, and more.

While lead single/album opener “The Magic Clap” is more in line with a direct punk sound, the closing track “WAVIP” loops in Killer Mike and Das Racist for a hip-hop-leaning affair. (Fun fact: Riley previously guested on Kool A.D.’s 51 mixtape) Backed by a fuzzy bass groove, each act lets their respective political core slip, opting for breezy rhymes about hanging with fellas who “got dreads, gold teeth, talk real bad grammar” (courtesy of Killer Mike) and how the people of Whoville should slit the Grinch’s throat (a line which Riley somehow turns playful). Stream it below.