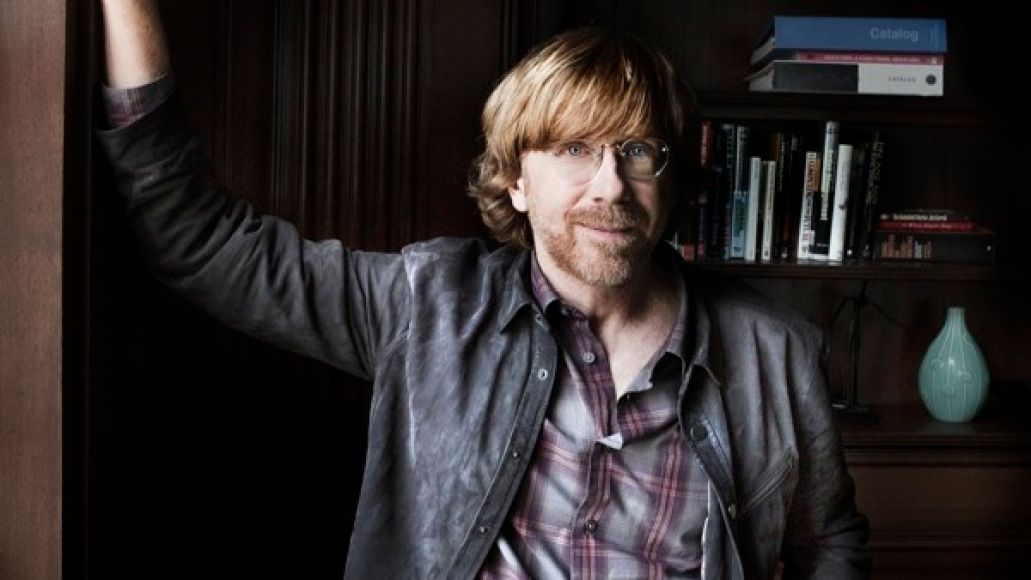 As any Phish fan will gladly tell you, Trey Anastasio is no stranger to the imaginative cover. Gorillaz’s spooky-fun hit single “Clint Eastwood” is his latest rework, appearing on the upcoming solo album Traveler, due October 16th via Rubber Jungle Records/ATO Records. Anastasio first trotted out this jazzy take with the Trey Anastasio Band on  tour, and the studio version similarly relies on Jennifer Hartswick’s brassy, sumptuous take on the verses. Anastasio handles the breezy chorus and swanky guitar stabs, and the whole thing struts with smoky bravado.

This is the second track we’ve heard off of Traveler, after getting a peak at “Let Me Lie” back in August. Available for pre-order now, the disc also features appearances from members of the Trey Anastasio Band, Mates of State’s Kori Gardner, and The National’s Bryan Devendorf and Matt Berninger.

For a chance to hear some of it live, check Anastasio and his band out on tour this month. Or you can see him with the rest of Phish when they play their annual run of New Year’s shows at Madison Square Garden.