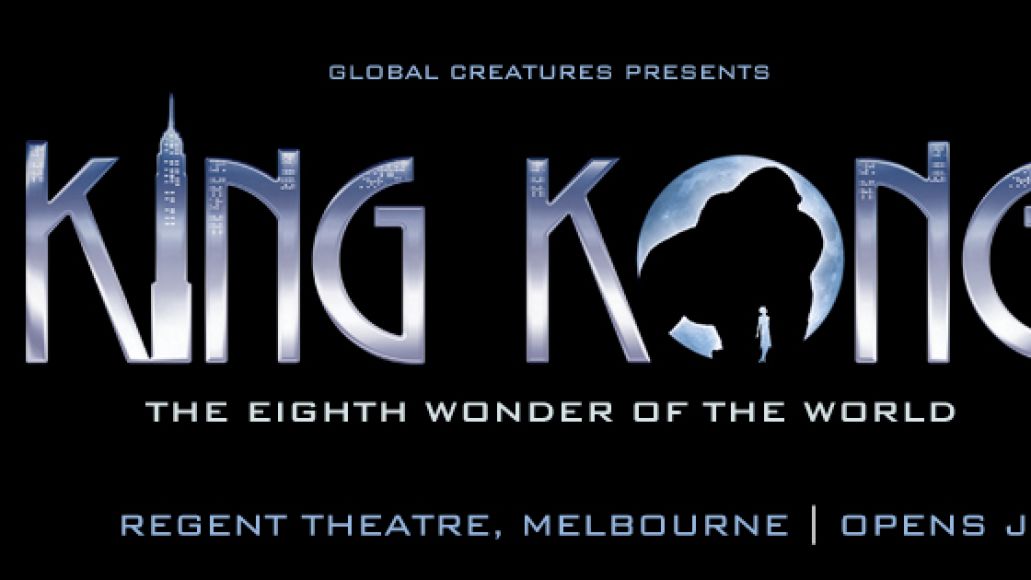 A forthcoming musical adaption of King Kong will feature “modernized musical standards from the world’s best contemporary artists,” including The Avalanches, Justice, and members of Massive Attack and Elbow, as in the mix points out. The production is being staged by Global Creatures and will premiere next summer in Melbourne, Australia. Marius deVries (BjÃ¶rk and Massive Attack) composed and arranged the score.

Opening June 2013, KING KONG will bring to life a timeless love story, set in one of the world’s most exciting cities. In an exclusive Melbourne only season, it will be like nothing you’ve ever seen before.

Five years in the making, KING KONG will feature a cast of more than 40 actors, singers, dancers and circus performers, and a team of puppeteers who will bring to life one of the most technologically advanced puppets in the world – a one-tonne, six-metre tall silverback gorilla.

The exciting score will feature modernised musical standards including I WANNA BE LOVED BY YOU, BROTHER CAN YOU SPARE A DIME and GET HAPPY from the worlds best contemporary artist, as well as dazzling choreography, traditional puppetry, breathtaking circus skills and advanced animatronics to showcase one of the most romantic and timeless love stories of our time.

A 30-minute preview of the production is streaming below. At around the 17-minute mark, you can hear a composition by Massive Attack’s Robert “3D” Del Naja, sung by Adam Lyon.