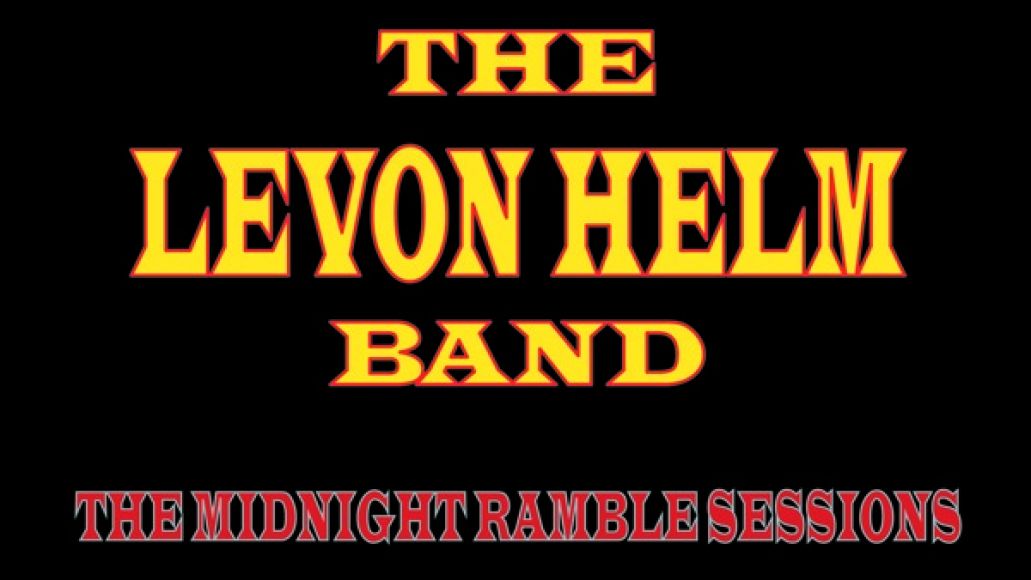 Dealing with bankruptcy and the pains of cancer, legendary drummer Levon Helm found renewed vigor in his Midnight Rambles. In the barn on his family farm in Woodstock, The Levon Helm Band and some of the finest musicians around would put on concerts in the communal spirit of old traveling medicine shows. As one of his final projects before his passing, Helm selected recordings from concert held between 2005 and 2010 for the third volume of The Midnight Ramble Sessions, which will be released on November 20th via Vanguard Records.

Featuring a healthy list of guest appearances, including Allen Toussaint and Chris Robinson, the 14 songs on the tracklist are a quintessential representation of the Midnight Rambles. “They made some cool, unpredictable, and unique song choices,” Helm’s daughter and Midnight Ramble Band member Amy told RollingStone.com. “They highlighted some of the real core aspects of the Ramble.” Closing the album is a cover of Al Green’s classic “Take Me to the River”, while Levon himself takes lead vocals on opener “Same Thing”. Recorded on Valentine’s Day 2009, you can check out “Same Thing” now at RollingStone.com.

The Levon Helm Band – The Midnight Ramble Sessions Volume 3 is available for pre-order now. Below, you can find the complete tracklisting.

Also, in case you missed it, the “Love for Levon” concert was earlier this month in E. Rutherford, NJ and featured a score of performers keeping the Midnight Rambles spirit alive while supporting the Helm’s estate. Click here to watch fan footage of Roger Waters and My Morning Jacket performing “The Night They Drove Old Dixie Down”.