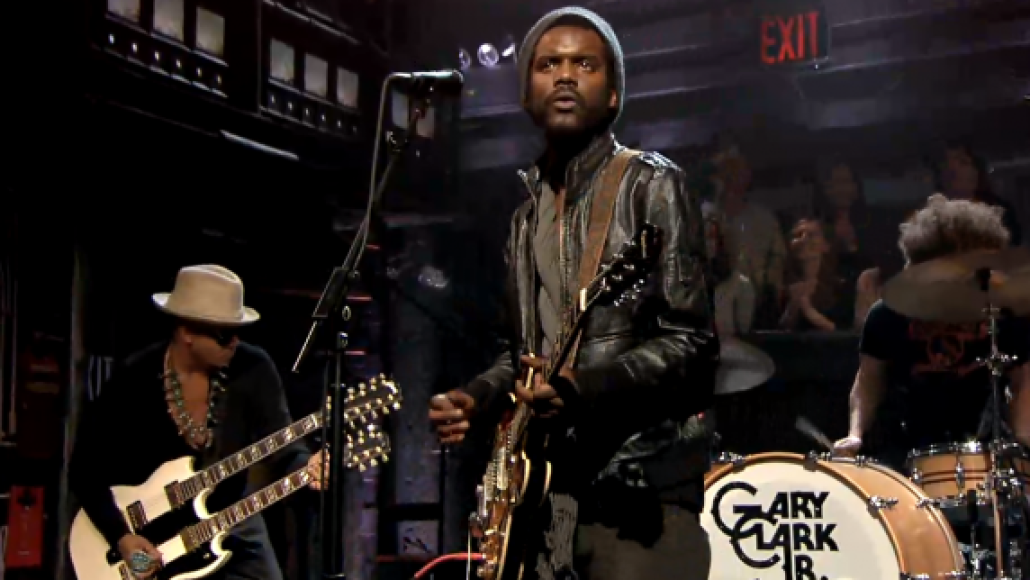 Last night, the great young guitarist Gary Clark, Jr. made his second appearance of the week on late night. He appeared on Late Night with Jimmy Fallon and performed “Numb” and “Ain’t Messin’ Around”, off his debut LP Blak and Blu. If you missed it watch the replay below (via The Audio Perv).

Blak and Blu is out now via Warner Bros. Replay his Monday night performance on The Tonight Show here.

Rostam Performs "From the Back of a Cab" on Corden: Watch

The Wallflowers Share New Song "Who's That Man Walking 'Round My Garden", Perform on Corden: Watch

Sharon Van Etten & Angel Olsen Perform "Like I Used To" on Fallon: Watch

Bleachers Goes Full Bruce Springsteen with Performance of "How Dare You Want More" on Fallon: Watch