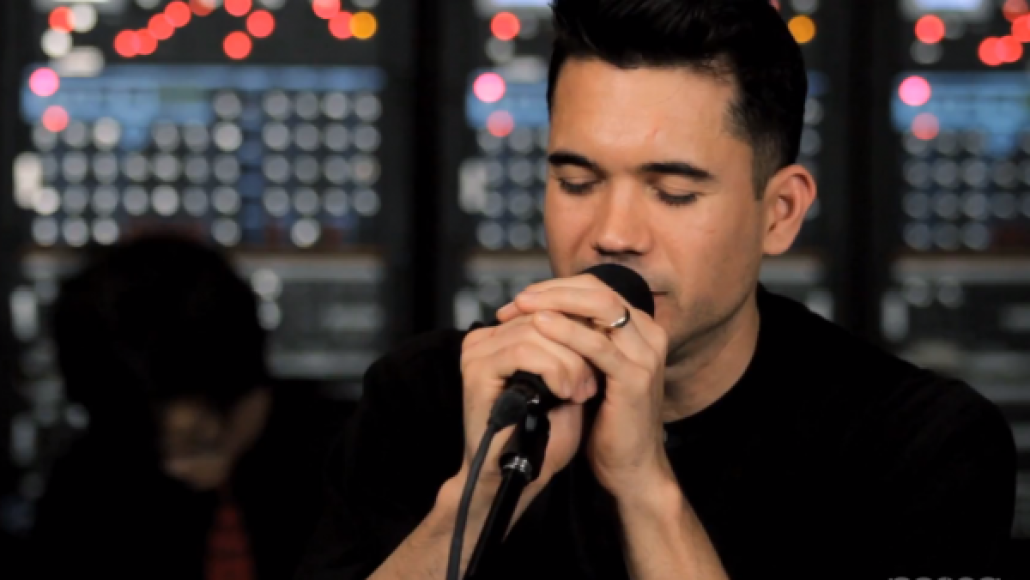 Moog Sound Lab is a performance series where artists are filmed performing in the Moog Music factory in Asheville, North Carolina. The lab is all about organic experimentation and offers a unique opportunity for artists to explore analog sound-scaping, synthesis and effects.

The video below features Matthew Dear performing the Black City single “Slowdance” during a session earlier this year. Here’s a rundown of everything you’ll see:

Samer Ghadry is playing the Moog Guitar through an MF-104Z Analog Delay, utilizing the Controlled Sustain mode of the Moog guitar, which allows him to sustain single strings while the strings he’s not playing are totally muted

Another video from that session which sees Dear playing “Earthforms” is streaming here.

The lab proves an especially exciting place to be in October, as it hosts sessions from a number of the acts playing Moogfest each year. In the past two years, Moogfest’s MF Spaceman has picked a handful of lucky winners to attend these intimate sessions and you can expect more of the same in 2012. Tickets for this year’s Moogfest — which features Orbital, Nas, GZA, Primus 3D, Miike Snow, Santigold, and more — are still available via the festival’s website.