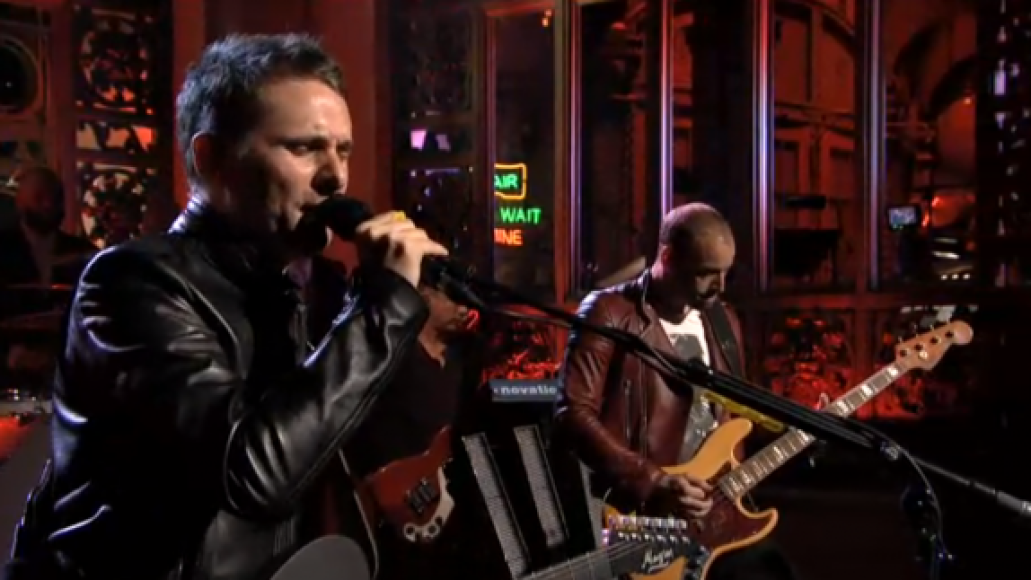 Here’s a fun fact you may not know: Both Austin City Limits and Saturday Night Live are celebrating their 38th season of existence this year. Both shows obviously have a stellar history of musical performances, something which continued on Saturday night. ACL featured Radiohead, while SNL served up a band that used to sound just like Radiohead: Muse. Continuing their support behind The 2nd Law, Muse were all over the place stylistically last night, offering up performances of the dubby “Madness” and the funk rock cut “Panic Station”. If you missed it, we have the video replay below.