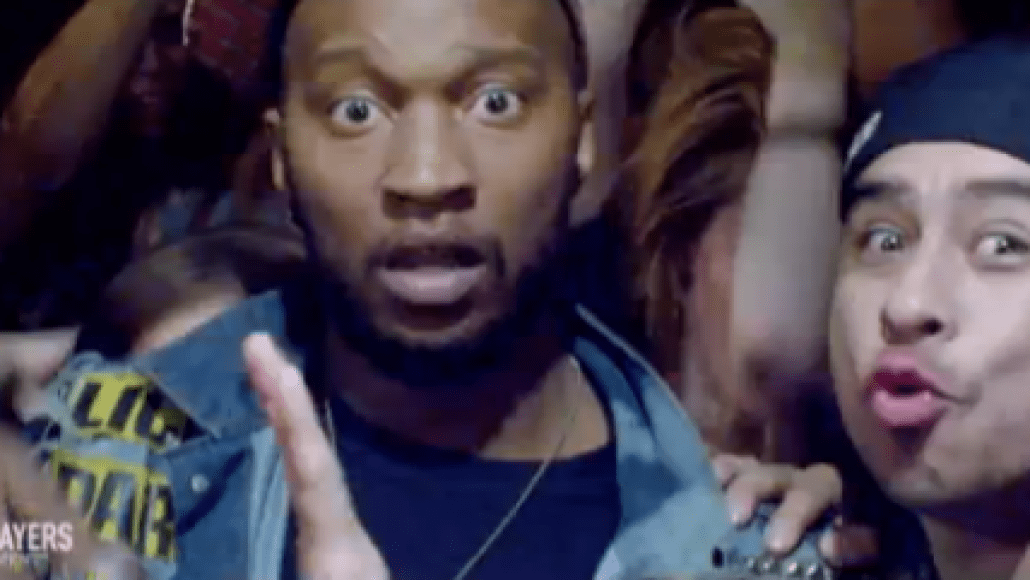 In the music video for “Get Down”, Minneapolis rapper P.O.S. demonstrates a truly crucial American ideology: it’s not democracy or a sense of justice that unites us, but the ability to fly our individual freak flags as proudly as we want on the dance floor. So whether you’re a hipster dude too cool to do anything but smoke, a metal chick bangin’ so hard your neck may snap, or even P.O.S. and guest star Mike Mictlan busting out interpretive dance moves with loads of hand gestures, all is gravy on the floor. Because in the end, we’re all groovin’ at the same club, individual cogs in the grand, overly-sweaty disco machine that we call the U.S of A. Get ur freak on when you watch below.

P.O.S.’s latest album, We Don’t Even Live Here, is in stores today via Rhymesayers Entertainment. The MC recently postponed his North American tour due to an emergent need for a kidney transplant. Paypal donations can be sent to stefneedsanewkidney@gmail.com.