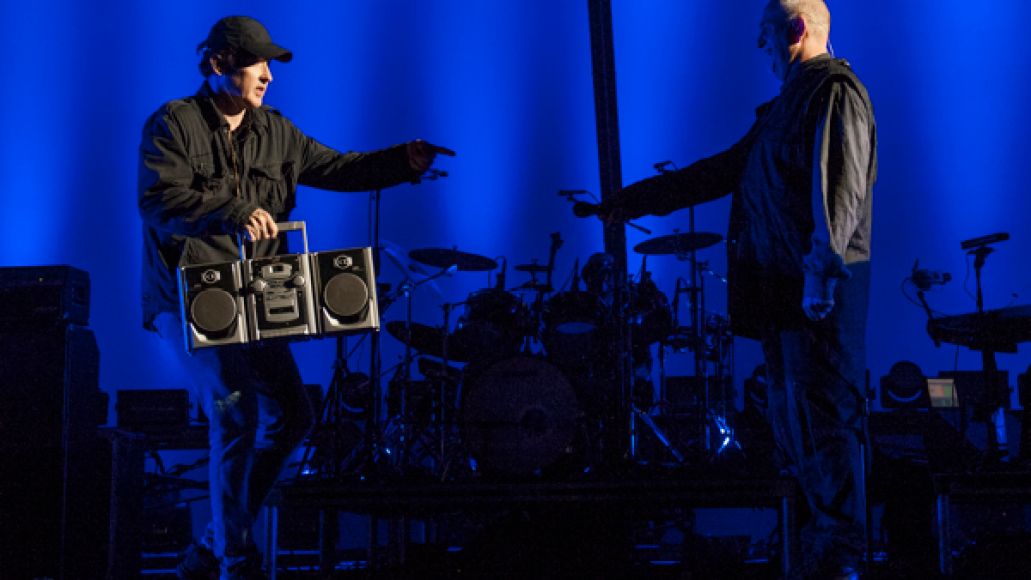 Peter Gabriel waxed nostalgic Saturday night at Los Angeles’ Hollywood Bowl, where he too unpacked 1986’s So in its entirety. For his performance of the album’s closing track, “In Your Eyes”, Gabriel brought out actor John Cusack. Eighties enthusiasts, or anyone that’s ever attended high school, will recall that Cusack forever immortalized the rousing track in Cameron Crowe’s 1989 classic, Say Anything…., as hapless romantic Lloyd Dobbler.

In the film’s epic climax, Dobbler holds a boombox blasting Gabriel’s tune outside his love interest’s window to win her back. As a result, Cusack brought out a similar boombox Saturday night to commemorate the film. Geek out and swoon over an adult Dobbler by replaying the clip below, and then revisit the original scene shortly after.

Video: Peter Gabriel, John Cusack, and a boombox perform "In Your Eyes"