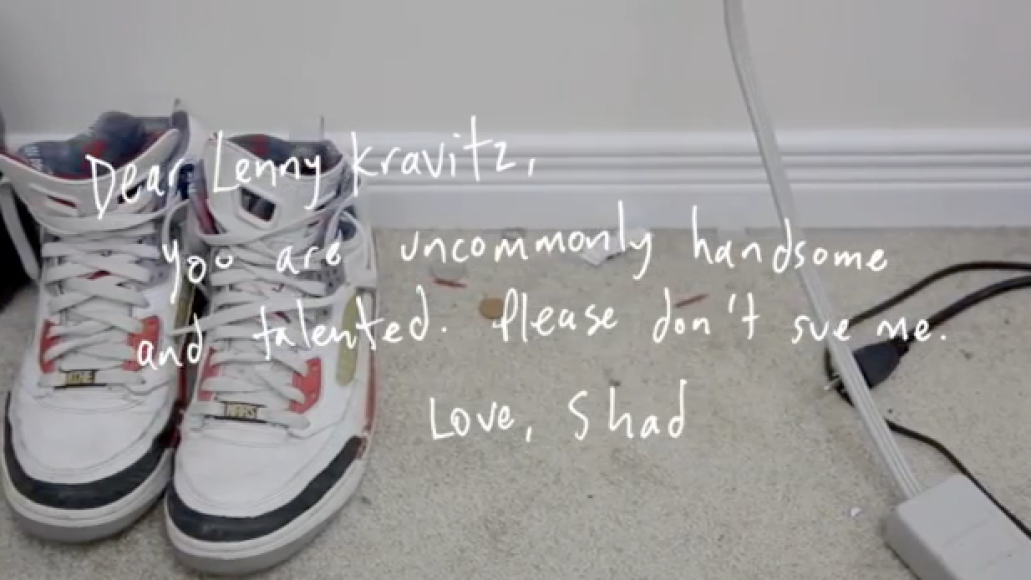 Juno Award-winning rapper and London, Ontario native Shad released a new digital EP, melancholy and the infinite shadness, late last summer. From the album title’s play on the Smashing Pumpkins record to tracks with names like “a milli vanilli”, the five-track effort is steeped in 90’s nostalgia; in fact, the first word of album cut “it ain’t over” is ”nostalgia.”

The song samples Lenny Kravitz’s 1991 hit “It Ain’t Over ’til It’s Over”, and as the disclaimer opening the song’s new video suggests, apparently without his knowledge, too. But since the GARY (Justin Broadbent)-directed clip is so sweet, with Shad singing into a comb and imagining his dream girl offering him some crisps, we doubt Mr. Kravitz will mind.

Check out the video below, then head to Shad’s Bandcamp to grab the name-your-own-price release (note: $0.00 is apparently a price).