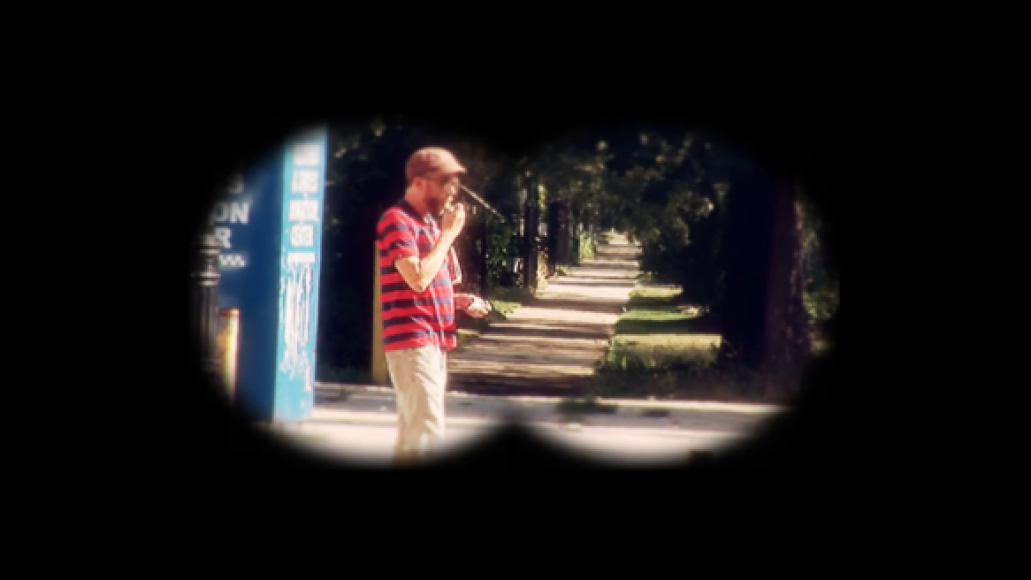 While most of us have a soft spot for Mother Earth, littering is one of those occasional slip-ups that can be forgiven because we use energy-saving bulbs and would totally own a Prius. But in their new video for “More Fun”, Chicago mash-up duo The Hood Internet present a tale of caution to those who’d ever dream of dropping even one soda can. In the clip, guest star Psalm One plays the Batman of good Samaritans, trailing STV SLV as he litters at an ATM, tosses a toothpick on the sidewalk, and even during, um, “intimate engagements” inside of a parked car. When this agent of Gaea has had all she can take, she brings forth her totally-apropos vengeance all up on STV’s grill. It’s enough to make even the worst offender sign up for Green Peace.

The duo’s first album of all-original material, FEAT, is out now via Decon Records (snag the album on iTunes now or pony up a few more bucks for the deluxe bundle). On November 2nd, the pair will kick-off our co-sponsored Top Note Sessions, an intimate, 21+ concert experience featuring private performances and interviews from The Metro’s secret Top Note Theater in Chicago. Head here for more info and to snag your tickets.