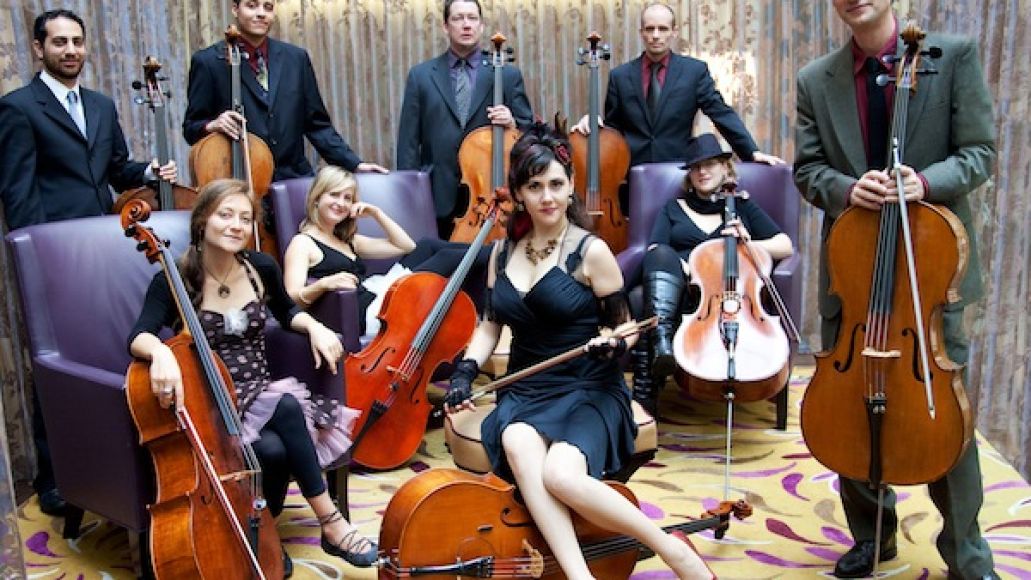 The Portland Cello Project has built a career on adding an orchestral spin to Top 40 tunes, most notably on their latest full-length, Homage (which featured remakes of Kanye West and Jay-Z’s “H.A.M.” and Outkast’s “Hey Ya”). For their latest endeavor, the outfit’s tackled an effort of monumental importance to each member, Radiohead’s seminal 1997 album OK Computer. “The soundscapes were already so perfect enough”, said artistic director Douglas Jenkins of the LP. “Musically speaking, the (band) have such a refined sense of how to compose. There were so many technical challenges to it.”

But after recruiting vocalist Adam Shearer (of WEINLAND), the world-class wind quintet City of Tomorrow, and a men’s choir led by Stephen Marc Beaudoin (Pink Martini), the PCP began decoding the LP for a live orchestral performance. After four months of rehearsals, the classical super group debuted their interpretation during a September 22nd concert at Portland’s Aladdin Theater.

The entire performance will be released shortly, but as a sneak peak (and an early gift to Thom Yorke and Yo-Yo Ma, who both celebrate birthdays on Sunday), the collective have unveiled their video for “Exit Music (For a Film)”. Watch it below.

“I’ve seen Radiohead perform ‘Exit Music’ live several times,” Shearer said. “I’ve listened to it on OK hundreds of times. I knew there was no way I could properly perform (it) without losing myself in it. Until I watched the playback, I actually had no concept of what the performance sounded like. Thank you, Radiohead, for your profound impact on our musical ecology.”