As a composer, Brian Eno typically utilizes incredibly specific details in the writing and intentions of his music. When he’s not detailing where and how you can listen to his music, he’s creating compositions for particular formats like developing “video albums” and was perhaps the first to write music for the CD format. He defines the genre and setting of his compositions in the very title of some releases, letting you know that not only is the album Ambient, but also specifically ambient music For Airports.

As technology becomes more portable, and the listening environment becomes more malleable, the importance of these specifics comes into question. Recent Eno releases have leaned relatively toward the more conventional, collaborating with David Byrne on a rock disc and poet Brian Holland on a meditative spoken word album that can be listened to anywhere and in any context. Returning as a solo artist for the first time in seven years with LUX, Eno’s specificity returns, delivering a composition originally written for an installation in Turin. Its effect for the listener may not be entirely dependent on context, but it certainly doesn’t hurt.

While some artists who depend on this sort of context stubbornly cling to their roots, Eno continues to ride the curling wave of innovation. He’s even converted his ambient experience into an iPhone app, allowing the users of Bloom App to manipulate the drones and loops themselves. To be sure, Eno has never been afraid of modernity, and is confident enough to let someone walk through a Toys ‘R Us hopped up on Codeine as they listen to an album full of music written for a specific room. The beautiful, haunting ambience of LUX justifies that confidence to a good degree, though the airy synths and strings that open the piece are likely better suited for calmer environments.

In a sense, an album like this has to be considered much the way that you would a bottle of wine, the situation you are in when you listen acting as the meal. I’m no sommelier, but let’s try to keep this analogy going: the rime-covered piano twinkles near the 15 minute mark pair much better with a comfy chair in a twilit room than a boombox in the middle of a house party, somewhere you’d need the musical equivalent of a red Solo cup. The velveteen beverage rolls in pockets and bubbles, each sip growing into thick layer flooding the senses and then fading back away from the palate. Each peel of glockenspiel, swirl of violin, and heavily reverbed piano thrum acts as another nuanced flavor note.

LUX holds up to close listening and background work alike, providing material for deep thinking just as well as the scene in which a character thinks deeply. Its cool ease works in a sequence of climaxes and falls, while none of the individual movements’ conclusions jar from the soaring experience of the whole. The importance of context remains, though, the single track, 75-minute experience requiring a calm, contemplative state from which to expand. 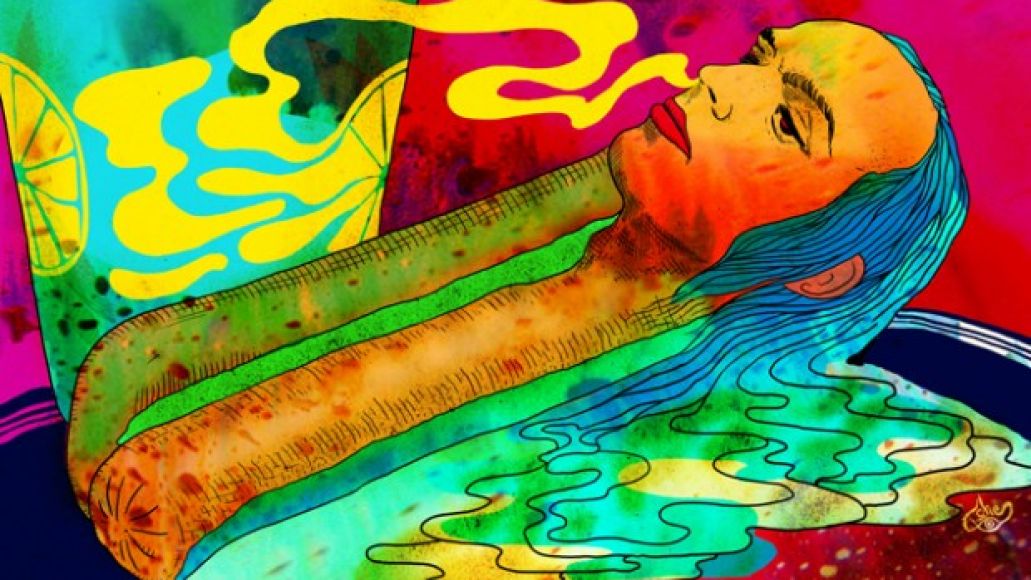