From day one, the world’s compared Solange to her diva-licious older sister Beyoncé, and from day one the younger sibling has tried her best to dismiss those comparisons. Her 2003 debut, Solo Star, didn’t help, sounding like a sweeter, less sophisticated version of Bey’s soul-pop hybrid. Thankfully, she found a niche with the dance-pop of 2008’s Sol-Angel and the Hadley St. Dreams, not to mention her association with of Montreal and general indie-fication. But on her debut for Grizzly Bear Chris Taylor’s Terrible Records, the palpably-titled True, Solange delivers an EP stocked with promising parts slightly dashed by a burgeoning identity crisis.

What’s so baffling about Solange is that, in the face of both her inherent skill and distinct pedigree, she’s unsure of herself well past a decade into her career. Complicating matters is that she has it within her not only to be good but really unique, as she proves with opener “Losing You”. It’s simultaneously a whimsical dance-pop number and something morose and emotional — a struggle that results in delicious chaos. But Solange is up for the challenge, forging a rich vocal presence that’s fragile, damaged, and as confident as any dance floor goddess before her. Her pain is a force of nature, inspiring people to transcend their heartache through mourning beats, which is something she does with stability, confidence, and an air of simplicity that belies her age.

But when she tries to apply that same attention on other numbers, we get cuts like “Some Things Never Seem To Fucking Work” and “Lovers In The Parking Lot”. In the former, the sole upside is that the production, courtesy of collaborator Dev “Lightspeed Champion” Hynes, remains vital, an ’80s-inspired melody of ram shackled Casio drum parts and pitchy piano all but originally intended for the Wendy & Lisa of 1987. But the lyrical content just gets boiled down to its most nauseating, immature extreme; for example: “Remember when you kissed me at Jimmy John’s when I was 17?”. It’s not that Solange is too good for childish displays, but it’s borderline parody to be that direct and to the point when subtlety is so much sexier.

“Lovers In The Parking Lot” highlights the divorce between production and Solange’s performance. It’s perhaps the most muddled beat on a very short effort, a confused collision of classical piano and jumbled synth that tries for the successful dynamic of “Losing You”, but trips because there are too many opposing parts at war. And because the beat implodes with gusto, Knowles sounds confused in her approach, resulting in a half-hearted croon that plasticizes emotion with falsetto interludes and faux cracking. From note one, however, these are tricks that leave the listener feeling disconnected.

Perhaps the most intriguing pieces on the entire EP are “Looks Good With Trouble” and “Bad Girls (Verdine Version)”. With these two cuts, Solange takes on the role of a feminine Abel Tesfaye, purveying a blend of sleek, minimalist PBR&B without nearly as much irony involved. The former begins as a perfect homage, heavy on the bass, reverb, and sultry harmonies, but the methodical approach ends rather abruptly. Just when Solange really starts etching out her identity, she flips it on the eraser, leading this critic to believe she wasn’t confident enough for a true self-portrait. Like “Lovers” before it, her confidence is crucial to a track’s success, and if she loses it, then she shatters any chance of connecting with her listeners.

Thankfully, there’s a re-do with closer “Bad Girls (Verdine Version)”, which gels off the same construct, save for a funkier bass line and synth work straight out of The Cars’ “Drive”. Albeit a stronger example of her “transition”, Solange captivates and itches as she follows the blueprints behind the latest revival of R&B, acting emotionally aloof and yet also sinfully transparent. It traces back to her confessional tone that’s both disconnected and restricted, further exemplified by the ache in her voice that heightens the effusive vocals. It’s as if she’s unsure on how to let go entirely of her innocent sparkle and playfulness, which stunts a potentially evocative construct.

If there’s any sort of upside to the instances where Solange is less than fierce, it’s that this EP comes at a rather crucial time in her career. No one knows what she can become except for Solange herself. If she’s truly intent on life as an indie-leaning electro-pop diva, she’s going to have to leave behind her remaining doubts and fears and embrace the new Solange completely. We may think she has the chutzpah to mature, but nothing’s going to get done until she knows she’s so much more than someone’s little sister. 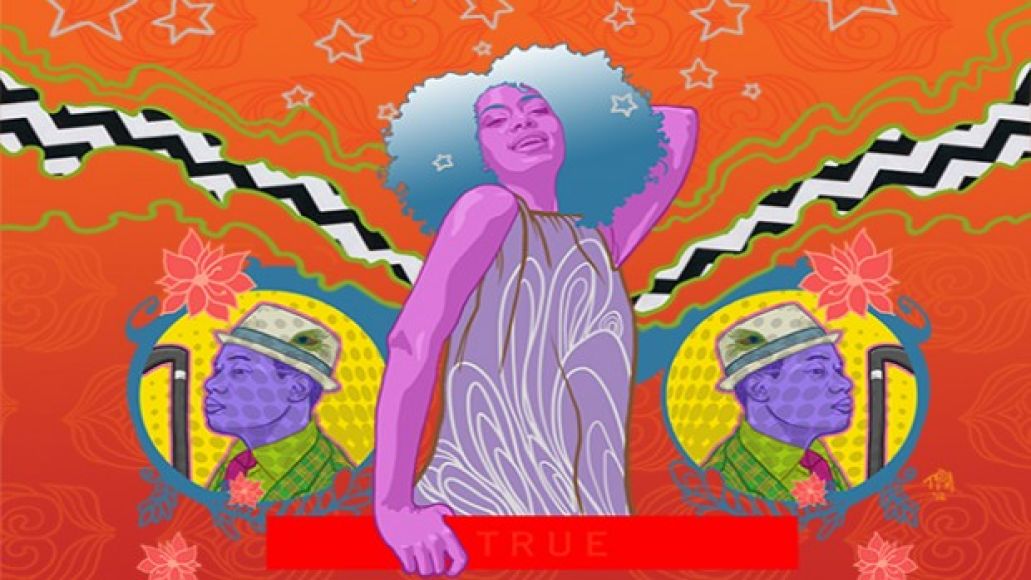