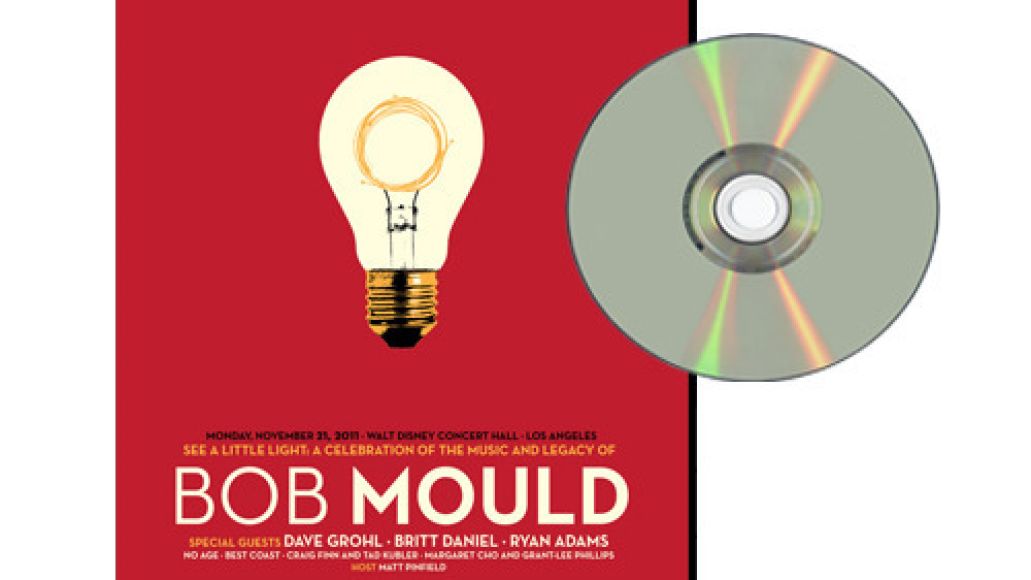 According to the campaign, Mould is trying to reach a goal of $95,0000 for “future fees that are necessary to bring this film to completion: editing, production, union costs, location fees, bandwidth, packaging, shipping and more.” Along with hi-quality footage of each performance, Mitchell also filmed each soundcheck and the backstage interactions between performers, which also included No Age, Jon Wurster, Craig Finn and Tad Kubler of The Hold Steady, and The Shins’ Jessica Dobson.

“There is a significant amount of Bob’s own out-of-pocket money already spent on this project and upcoming costs to make a film of this caliber a reality are high,” the campaign reads. “Bob chose the Kickstarter platform to fund and promote this movie because it aligns with his ideology of always being a truly do-it-yourself and independent artist.”

Though Mould’s not offering a canoe like some campaigns, the proposed incentives are still must-haves for Mould devotees. These range from a “digital hug” and film posters or T-shirts to a download or physical copy of the DVD. More pricier packages include an autographed Stratocaster guitar, autographed copies of Mould’s albums, including September’s Silver Age, personalized thank-you notes, and a post-show meet and greet.

Digital copies of the DVD will be available December 25th, with physical copies shipping January 2013.

To pledge, head here. Consult the campaign’s trailer below.