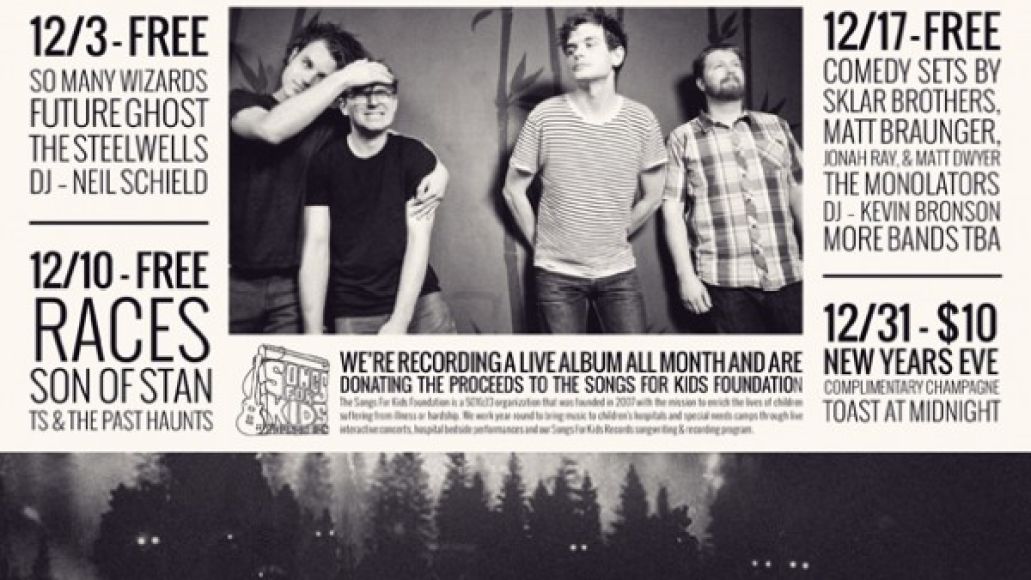 The Henry Clay People will celebrate their 10th anniversary all throughout December at Los Angeles’ The Satellite. The month-long residency includes three free Monday night shows leading up to what will no doubt be the West coast’s most raucous, bratty, and sweat-drenched New Year’s Eve soiree. The four performances will then culminate in a live album, which will raise funds for the Songs For Children Foundation.

Consequence of Sound will present all four shows and each one will feature a unique lineup of local music and comedic talent. That’s not all though. On December 10th, the band will perform a setlist of fan requests, which can be submitted via e-mail. For New Year’s Eve, $10 bucks will get you free champagne and a post-midnight, all-covers set that strongly encourages fan participation. This year-end capper is a long tradition with The Henry Clay People, so fans should expect something pretty wild and spontaneous. Tickets are currently available now!

If you need even more of an incentive to attend, these shows mark the final with longtime drummer Eric Scott, who will start a full-time career as an architect. It may also be some time before you hear from the band again.

This residency marks the end of an era for the HCP. We will be taking some time off after these shows to regroup, reevaluate, and catch up on some much needed sleep. We want to thank everyone who has helped us out over the past ten years: all the bands, all the folks at the shows, all the people who have shared their ?oor space. You are all Henry Clay People. We feel extremely lucky that we got to turn our little rock and roll hobby into a full-time thing. It was a complete accident but a very happy accident and we remain eternally grateful for the adventure.

In anticipation of these festivities, the band has issued a free download of their breathless, frantic single “EveryBandWeEverLoved”, off this year’s fantastic CoS Top Star-earning LP, Twenty-Five for the Rest of Our Lives. Download it below.