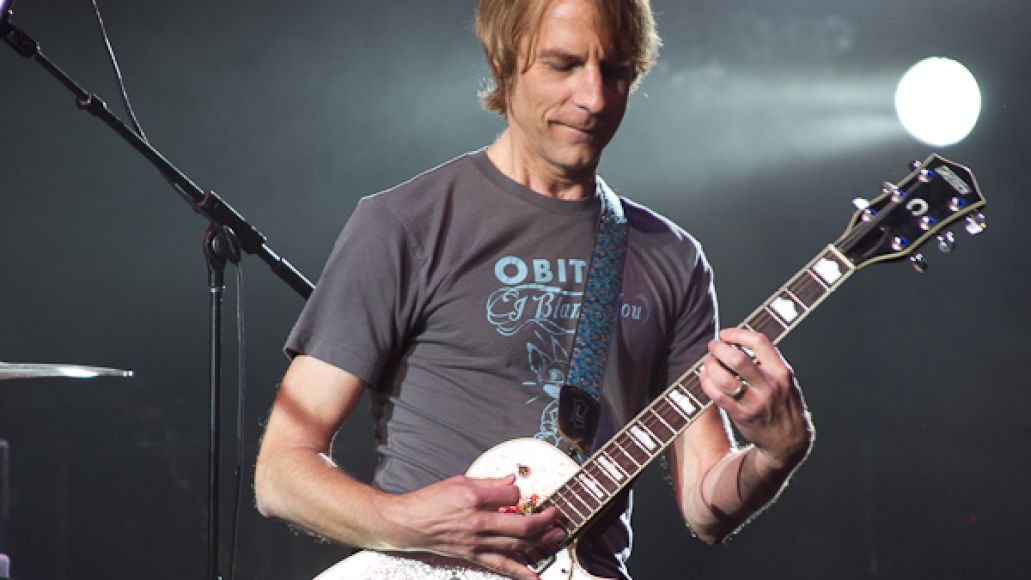 As frontman for Mudhoney, Mark Arm has been intimately associated with the creation and development of the idiom that came to be called “grunge.” Though Mudhoney never achieved the impact or the sales of other contemporary Seattle area acts such as Nirvana or Pearl Jam, there is ample evidence to argue that without Mudhoney, the grunge movement may never have even happened.

In light of the band’s new documentary I’M NOW: The Story of Mudhoney and their forthcoming DVD, Live In Berlin 1988, Consequence of Sound caught up with the band’s frontman Mark Arm to talk about the new films, new material, defining grunge, and going to Rock and Roll Fantasy Camp.

The new film I’M NOW: The Story of Mudhoney just came out. How excited are you about this?

I’ve seen it and been watching the thing develop for a couple years. It’s cool that it’s coming out finally and most people get to see it.

Did you know the filmmakers Ryan Short and Adam Pease prior to the film’s inception?

Met them when they were working on the Tad documentary [Busted Circuits and Ringing Ears].

So were you involved with the production of the film or did you guys just Short and Pease free reign?

No, pretty much, we gave them free reign but then when they were starting to do the edits they asked if we would come in and watch. So I watched it go from like about a three hour movie down to the normal length that it is now.

Part of that has got to be heartbreaking though, seeing stuff go on the cutting room floor.

Oh no, I was like “You gotta get rid of that!”. [Laughs.] Well, I mean, initially it was almost like any time a song happened they would just kind of dwell on it because they come from a music video background. So they were really good at editing music to film and all these songs were like little music videos and I was like, “You gotta cut that shit.”

What  was behind the decision to initially release the film as a streaming rental online before a DVD release in December?

I have no idea, that’s Adam and Ryan’s call.

You are also releasing a live DVD of your first performance Live In Berlin 1988.

We’re not actually releasing that either, someone else is. [Laughs.]

You’re not involved with that at all?

Uh, well, they asked for our approval and they came out and interviewed me about that show this summer. It was actually shot by Adam and Ryan. The guy who shot the footage 25 years ago started his own record label and what not and he was going through his archives and he found this thing. He had forgotten about it, realized he had it and thought it might be cool to put out.

What’s it like for you to revisit that era?

I don’t know. [Laughs.] Even when I’m talking about it, I don’t feel like I revisiting that era.

What do you mean?

I’m not, at heart, a very nostalgic person. I realize that since we’ve been going for almost 25 years now there’s probably a certain amount of nostalgia involved in how people perceive us. We’ll play the old songs but it’s not like I’m yearning for or pining for a previous time by any means. I’m very happy now.

It’s not like you’re going on tour doing a Stones medley show. 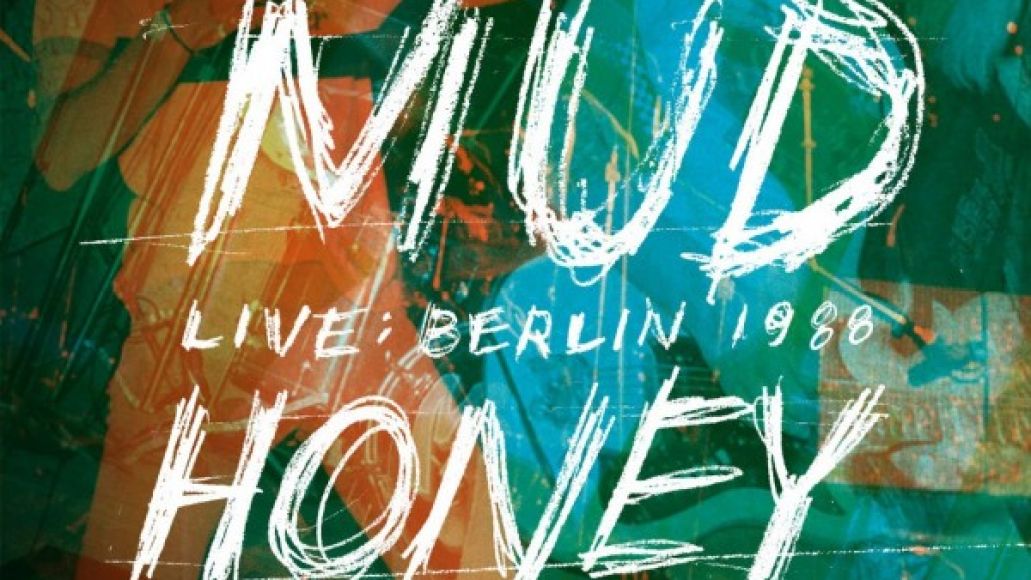 But at least you’re staying true to who you are which has always seemed to be one of the pros and cons to Mudhoney’s career. Some people have called Mudhoney’s music eccentric compared to other Seattle area bands at the time, but also, the band’s refusal to compromise your sound. That’s gotta say something.

Do you think that is behind how Mudhoney is one of the few bands from that era around today doing stuff?

Yeah, we never made a…I guess you can view signing to a major label as [laughs] going for the gold or whatever, but when we got on the major label we intentionally recorded at the same basement eight-track studio for our first album on Reprise that we recorded Every Good Boy Deserves Fudge on. We were very conscious about not making a watered-down, commercial sounding record like some other bands who had come up in the ’80s through the underground scene like HÃ¼sker DÃ¼ and the Replacements did when they signed to major labels.

Mudhoney’s last album, The Lucky Ones, came out in 2008. With all these new releases coming out in the form of films, do you think there’s any potential for some new Mudhoney material?

There will definitely be a record next year. We just finished mixing it last weekend.

Do you have any idea as to when it’s going to come out?

I don’t have the dates, no. It’s all contingent on when it gets mastered. Once you turn in the mastered copy at Sub Pop, then you get a release date. Hopefully, it’s being mastered this week.

But you wouldn’t be looking at a pre-Christmas release. It would definitely be next year.

No, no, no. It will be the first half of next year some time.

You’ve said that you’re not that nostalgic of a person, but you have been credited with coining the term ‘grunge’. Looking back, do you view that as a badge of honor or a curse?

Neither. I don’t really think about it except when I’m asked about it. [Laughs.] I would dispute the idea that I coined the term. It was already in use in rock critic circles. I remember Steve [Turner, guitarist] had a Johnny Burnette Trio album (it was like a ’70s reissue of his ’50s work) and in the liner notes it talked about the grungy guitar sound of Paul Burlison. I didn’t just make that word up from thin air. Friends of mine in Australia would say that bands in Australia in the early ’80s were being referred to locally by Australian critics as grunge bands; bands like The Scientists and Beasts of Suburban and things of that ilk.

So, it was probably something I read in a fanzine somewhere and used as a pejorative in a description of my first band Mr. Epp [Mr. Epp and the Calculations] in a letter to a local fanzine [laughing] and somehow someone pinpointed that as me coining the term. It’s not a simple straightforward answer.

You don’t really ever think about people coining terms.

Exactly. It just seems to evolve into what it is. The video for “Suck You Dry” seemed to be making fun of the idea that people thought grunge was a new phenomenon.

Actually, I think the idea was that anyone would give a shit about grunge 10 years later. Clearly, it’s ’98 and it’s supposed to be in the future and we’re playing a bar with one person excited about it and everyone else really bored.

That’s a really funny video. Ed did a terrific job.

Well, you guys have always had a pretty good sense of humor. Not outlandish like with the Descendents, but humorous…

Right, right. I don’t think of us as being a wacky band but I definitely think that we do have a sense of humor (it’s generally on the darker side) and that’s really important to me.

Kind of a side track here. For the film Velvet Goldmine, you partook in the band Wylde Rattz, which was Steve [Shelley] and Thurston [Moore] from Sonic Youth, and Ron [Ashton] from the Stooges…

From that little pairing with the five of you?

Was there any thought to actually doing something with that, even if it was just a fun little EP other than just recording “T.V. Eye” and “Gimme Danger”?

We did a whole bunch of songs. There were two recording sessions and I couldn’t make it out to the second one. The first we did these two songs that Ron wrote the music for and I wrote lyrics for and the rest we just did like 12 Stooges’ covers. And then they did another recording session where Sean Lennon was involved but I wasn’t there for that. All that stuff, I think, belongs to London Records. God only knows where that label is now, if that lable even exists. It’s probably part of Universal or something like that. I don’t know who has the rights to any of that stuff.

That’d be really cool to hear because I thought you guys did a really great job with “T.V. Eye” on the soundtrack. I’d love to hear you do a whole set of Stooges’ tracks.

It was a super fun thing to do. It was like the first time I went to Rock and Roll Fantasy Camp.

What about the New Strychnines? Where did the idea come from to record a bunch of Sonics’ songs?

Do you know the EMP museum here in Seattle? The Experience Music Project. It was initially supposed to be a Jimi Hendryx thing. It just turned into a Northwest-centric thing, but there’s revolving exhibits that don’t have anything to do with the Northwest. They had kind of a launch weekend, three or four days of bands playing. There were a lot of old Northwest bands playing like the Kingsmen and the Wailers and on and on. And they tried to get the Sonics but they wouldn’t do it at that time.

So Scott McCaughey [member Young Fresh Fellows, Venus 3] thought that the Sonics really should be represented and he cobbled together this band. We played that show and played a couple more shows around town just for kicks. Scott and Kurt Block thought we should record it and we did and that’s kind of how that happened. That’s another Rock and Roll Fantasy Camp thing right there. [Laughs.] To me, it’s not really an essential record. Before you buy that you should go out and by Sonics’ records

You were born Mark McLaughlin, where’d you get Arm?

That was something that just sort of came up in the early years of Mr. Epp. It was just sort of a dumb inside joke that somehow became my nom de rock.