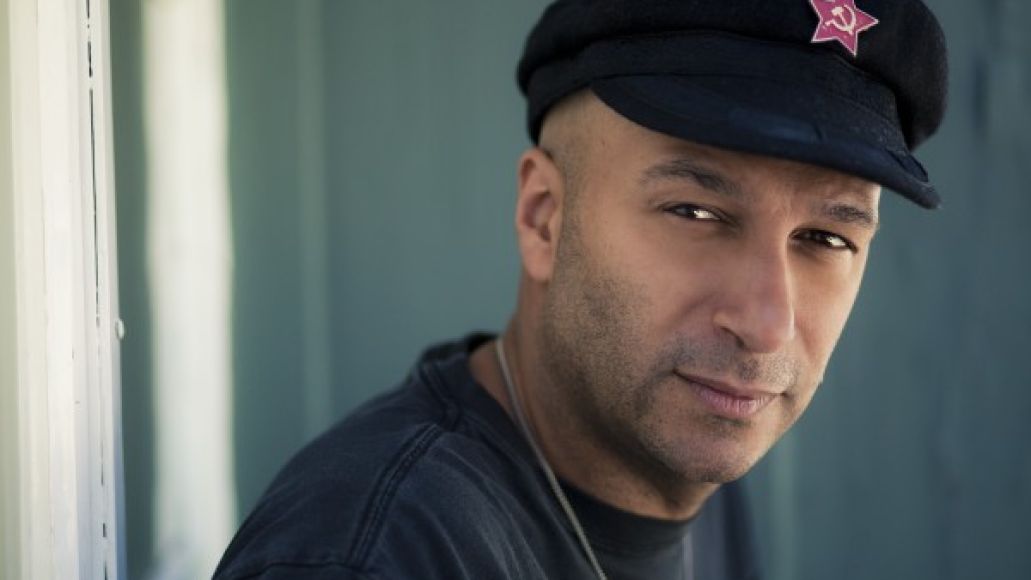 Rage Against the Machine turned heads and shocked many with their leftist politics against corporate America, cultural imperialism, and government oppression, all blanketed in polemical music and delivered with a bombastic ferocity. Releasing just three original albums, a covers album, and a live album that captured the group’s final tour, Rage set the world on fire with hard biting, and often uncomfortable, storytelling.

Now, as their self-titled debut turns 20, the group, along with producer Rick Rubin, has compiled a box set honoring the landmark release. Consequence of Sound caught up with Rage’s guitarist Tom Morello to discuss the box set and all the candy within. We also covered a little of the group’s history, the likelihood of any new Rage material in the future, as well as Morello’s thoughts on running for office.

I appreciate anniversary sets but sometimes they just remind me how old I am. Does it feel like it’s been 20 years since the album came out?

[Laughs.] Well, in some ways it feels like it’s been 200 years since the album came out and in other ways, it’s gone by in a flash. I’m still processing it myself.

No doubt. How involved were you and the band in the box set?

Well, Rick Rubin is the executive producer of it and it was ultimately his responsibility to cobble together the bits, but we gave him a pretty clear outline. We wanted it to be very inclusive. We wanted every video. We wanted the most recently filmed, action-packed, Finsbury Park Victory Show to the very first ever public performance at Cal State Northridge of a lunchtime concert. We wanted the original demos to be a part of it. Then he waded through a mountain of videos and stuff like that and put together something that I think is really pretty great.

So did you guys actually record those early performances or did you have to go out and find people who did that on their own?

Well, it depends on which one you’re talking about. Some of it was found. There was actually a friend of the band in 1991, 1992, a 17-year-old kid who was an aspiring piercing artist, who happened to have a camera, a video camera, and was around for a lot of those early performances, you know, when we were playing in front of 15 people. I think we got the very first ever live performance of the song “Wake Up” on there. That Cal State Northridge is literally the first public performance that the band played. And some of those early ones are pretty priceless. 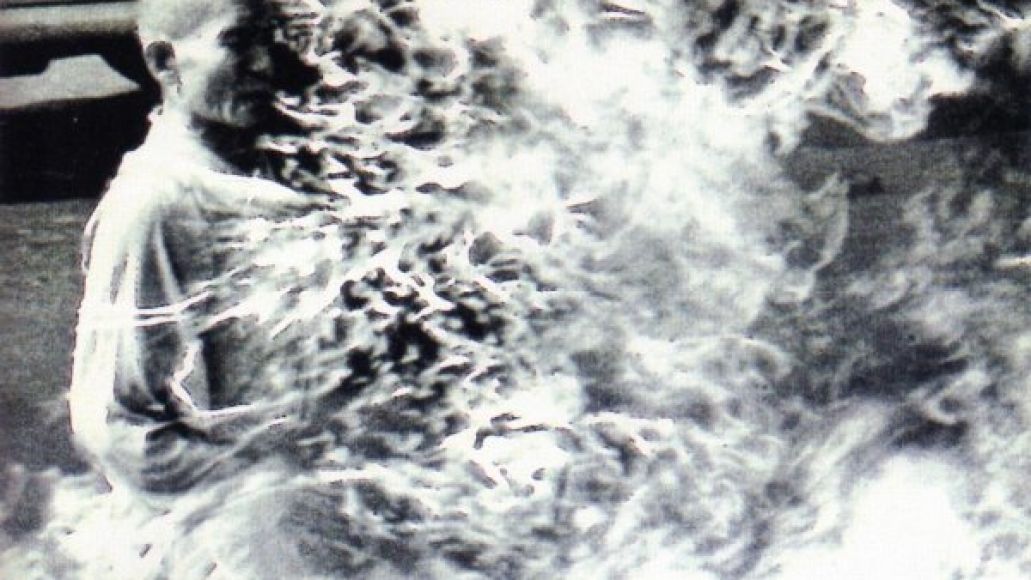 The set includes a copy of the band’s original demo tape. Most of these songs have been re-recorded and released but there are a few songs on the tape that have never been released before.

Yeah, I think there’s three songs from the original demos; a song called “The Narrows”, a song called…I don’t have the list in front of me, but I think there’s three. I think “Darkness of Greed” is a song that we might have re-recorded for a soundtrack at some point, but there’s two or three that have just never been released. And then, for me, one of the gems of the box set is that there is a video, a live video of a song that no one remembers the name to. [Laughs.] It might have been performed only once at this particular show and it showed up in the stuff. It’s a jam too! It’s a real jam. It’s known as “Untitled” in the liner notes but for me that was really one of the highlights. I was “Wow! What is that?!”

One of the highlights I saw was Chuck D penning some of the liner notes. How did he get involved and why did you choose Chuck over someone else who may have been as influential to you?

Chuck’s been a friend of the band for many years. We’ve had a mutual admiration society for some time. He’s a person that when it comes to understanding ‘rebel music’, Chuck D is second-to-none and we wanted his eloquent voice to be the one that did the liner notes.

It’s one thing to play the older songs especially in your more recent performances, but what was it like actually revisiting the original tracks and tapes, especially when remastering the demo tape?

I’ll tell ya, it’s a band that came out of the box pretty hot. We wrote and recorded that demo tape before we started playing shows. While we didn’t have any expectation of ever getting a record deal or even be able to book a club show, we were pretty honed in our rehearsal studio. Listening to those demos, we were pretty damned good. [Laughs.] We rehearsed in a friend’s recording studio and so it was convenient to record the songs there, but I have a very vivid memory of the first couple shows that we played and how people immediately responded in a way that was certainly not the case with any other band that I’ve been in.

Well, now you guys are touring and playing together again, on and off, and you’ve got the box set coming out, are there any plans for new Rage material?

There’s no real plan at all beyond this box set. The reason why we wanted to mark the 20th anniversary with this was to do something that was very clearly and explicitly for the fans. I think Rage Against the Machine fans are probably the most dedicated, intense, and patient fans in the history of rock music. And this will be the first official Rage Against the Machine release in 12 years, so we really wanted to mark the auspicious occasion…the 20 year anniversary of the first record coming out was something that was a real career retrospective.

We wanted to give [the fans] a lot in this and not something to just go, “It’s the 20th anniversary, here’s a remaster of the record,” but to really give them a career’s worth of Rage Against the Machine. Great stuff for them to enjoy because, just speaking for myself, the relationship that I have with Rage Against the Machine fans is one of the most important relationships in my life. They’ve been so great to me and to us; it’s long past due that we really put their needs first and that’s one of the things that this box set does. It says, “Thank you very much. Here ya go.”

Another part that I love about this thing is that it’s got all of the videos in it. Some of those didn’t even get aired. Some of those were too controversial to air — like they were never on MTV. [Laughs.]

It’s wild what MTV wouldn’t air back in the day and what slips by today.

Yeah, like the political causes they espoused or because of the imagery in them that Viacom thought was too hot to handle. It’s pretty cool to see those. A couple of my favorites are the video for “Bombtrack”, which they wouldn’t show, and then the one for “How I Could Just Kill a Man”, which is kind of all 20 years of Rage Against the Machine boiled down into a three-minute clip.

Interview: Tom Morello (of Rage Against the Machine)