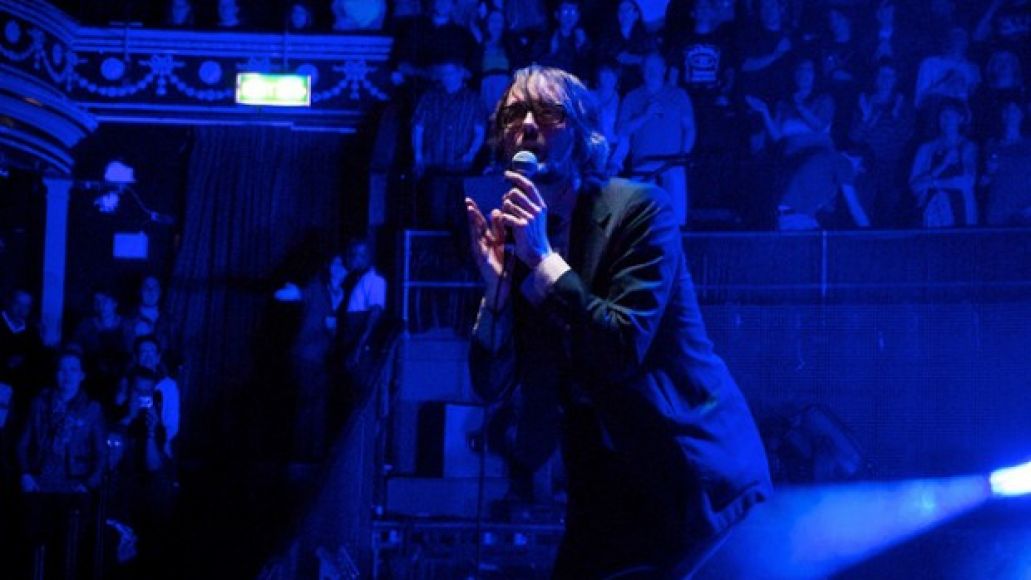 In news that will put our resident Pulp fan boy Frank Mojica on suicide watch, Jarvis Cocker has ruled out the possibility of any new material from the band and suggests that their reunion is nearly over.

Asked by Q magazine about any forthcoming music, Cocker responded, “No, it was a big enough challenge to learn how to play all the old songs and, hopefully, perform them in a convincing way. It also means you aren’t trying to flog anything to anyone – then you have to do interviews and convince people they have to go and but this new record as well! It was kinda nice not to have to do that.”

Cocker also revealed that the band has no plans to perform live beyond their upcoming appearance on the Coachella cruise. “We haven’t got anything planned after the New Year… we’ll just be cruising off into the sunset. Seems poetic. Not wishing to make a big deal, but we’ve played for a while and it’s been really good, but you can’t keep doing that forever.”

He concluded, “Will you see Pulp again? Who knows. I’m not stoking those particular rumours.”

While we go console Frank, why don’t you watch this video of Pulp performing at Coachella 2012.

Jarvis Cocker is almost done with the Pulp reunion