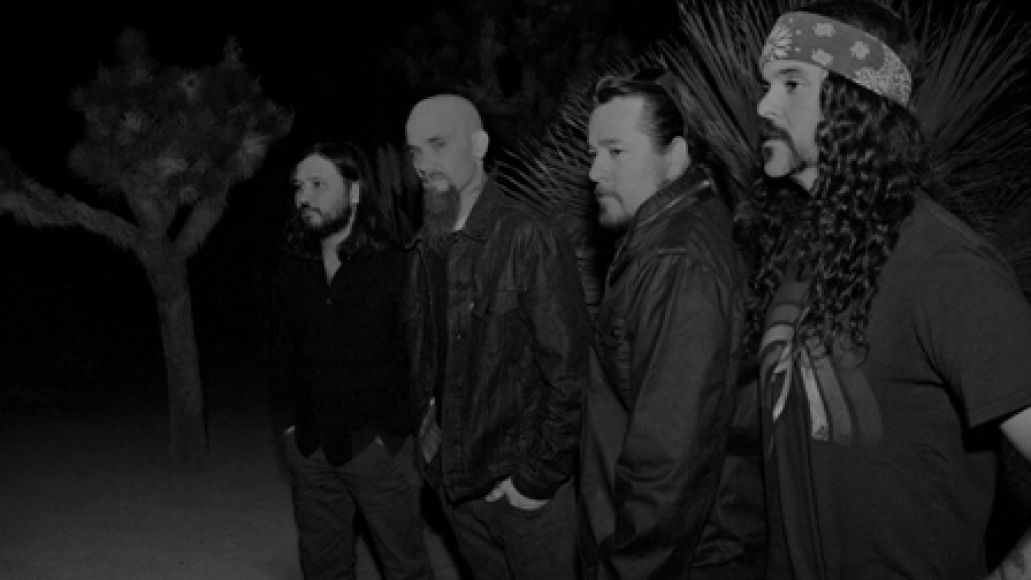 In response to a court’s decision to prevent Kyuss Live! from continuing to use its name, band members Brant Bjork, John Garcia, and Nick Oliveri have announced a new project entitled Vista Chino, as Antiquiet points out. Adding guitarist Bruno Fevery to the fold, the group plans to release an album and tour extensively in 2013.

As previously reported, Josh Homme and Scott Reeder filed a lawsuit against their former bandmates in Kyuss, citing “tradmark infringement and consumer fraud” for their use of the name Kyuss Lives! in ongoing reunion activities. In August, a judge ruled that the name Kyuss Lives! could be used only in concert, though warned that his verdict doesn’t fully protect the Kyuss! Lives name, and added “It may be in Defendants’ best interest to begin re-branding under a new name.”

In related news, Oliveri is also set to appear on the new Queens of the Stone Age album.