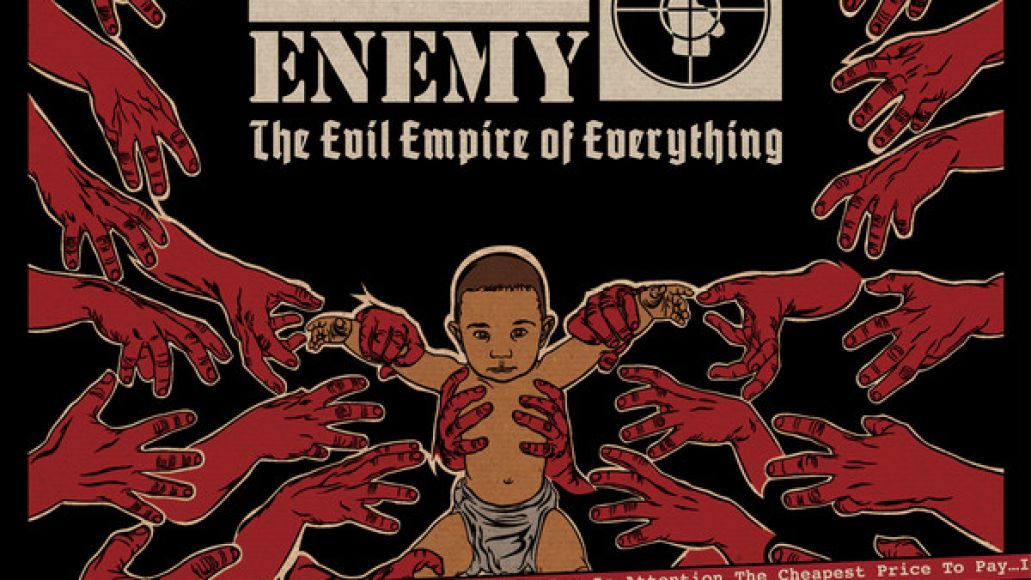 Fun fact: Public Enemy released not one, but two records this year. In addition to their surprise summer release of Most of My Heroes Still Don’t Appear on No Stamp, the legendary outfit quietly issued its follow up, The Evil Empire of Everything, on October 1st via iTunes. Amongst its 13 volatile tracks is a collaboration with Rage Against the Machine’s Tom Morello and ex-Black Flag frontman/spoken word guru Henry Rollins titled, “Riotstarted”. Sure, it’s collected a month’s worth of dust already, but  there’s just no way we could ignore this one.

Following an introduction by Rollins, Chuck D spits about “mind over matter” as Morello treats his guitar like a turntable, scratching urgently into oblivion. Public Enemy has long stressed instrumentation and with Morello behind them, they’ve certainly reached some sort of apex here. Check out the solid exercise in old school tricks below.

Buy The Evil Empire of Everything: iTunes