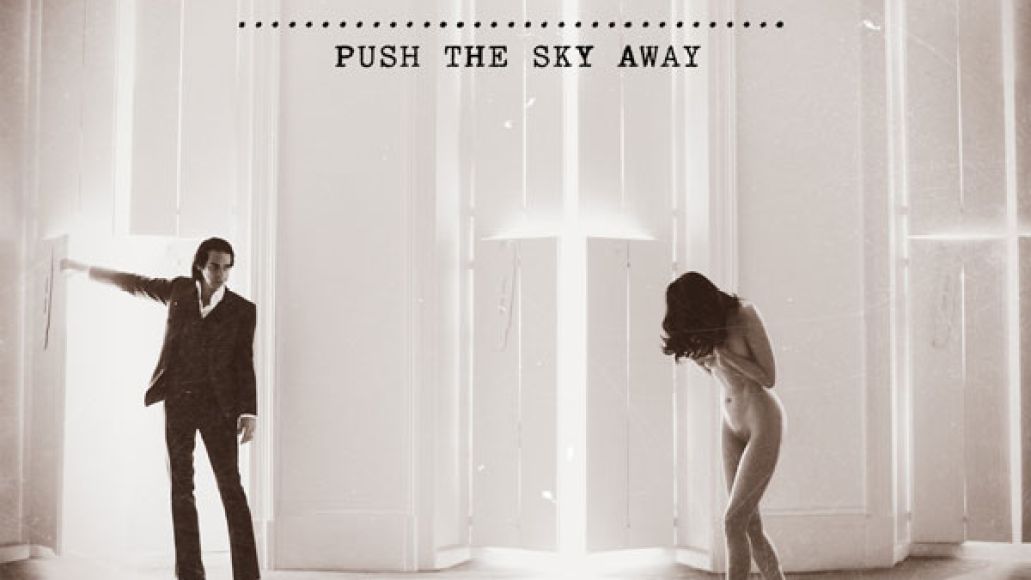 Nick Cave will return to work with The Bad Seeds for their 15th studio album together, Push the Sky Away, to be released February 18th in the UK and the following day in the U.S. This is the first Bad Seeds album since 2008’s Dig!!! Lazarus Dig!!!,  though Cave has remained prolific scoring films and working with his other band, Grinderman.

The first single, “We No Who U R”, will be out December 3rd.

According to a press release, the band reenlisted Nick Launay as producer, who also produced Dig!!! Lazarus Dig!!! and the last two Grinderman albums (along with Yeah Yeah Yeahs’ It’s Blitz!). The release goes on to say that Push the Sky Away is the most “subtly beautiful” of all the Bad Seeds’ albums.

Cave wrote of the album, “Well, if I were to use that threadbare metaphor of albums being like children, then Push the Sky Away is the ghost-baby in the incubator and Warren’s [Ellis] loops are its tiny, trembling heart-beat.”

The ominous trailer for the album and its tracklist are below. Pre-orders are now up at NickCave.com, which includes a Super Deluxe Box set, CD, vinyl, and digital formats.

We analyzed Cave’s entire body of work earlier this year, so if you’re not familiar with the man’s mind, Dissected: Nick Cave is a good place to start.

Nick Cave and the Bad Seeds announce new album, Push the Sky Away