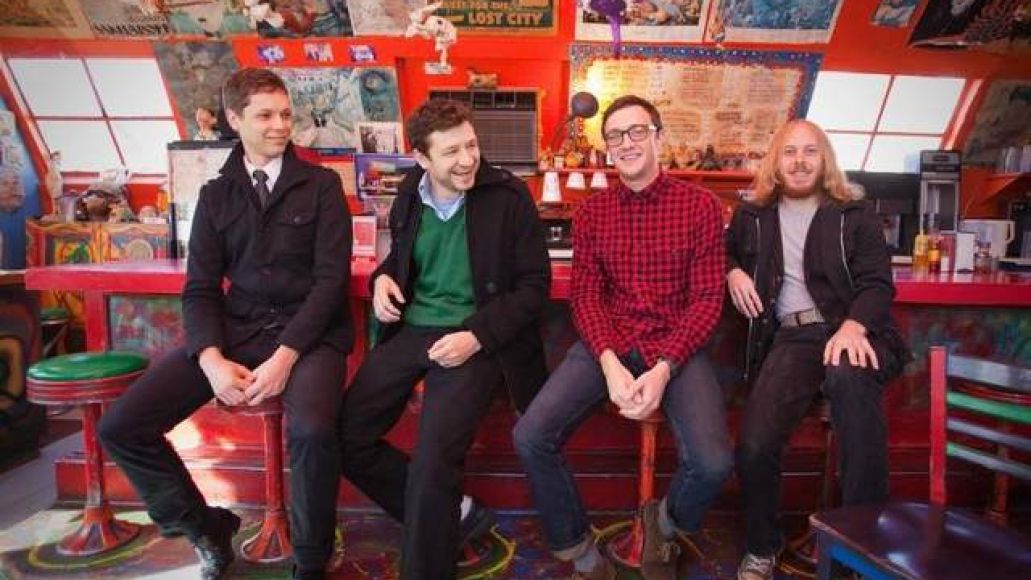 Andrew W.K. may have had his dreams rock and roll diplomacy crushed, but that doesn’t mean someone else can’t make the world a better place one guitar solo at a time. As The News-Leader reports, Springfield, MO indie-pop rockers Someone Still Loves You Boris Yeltsin have been appointed Cultural Ambassadors to Russia by the United States’ State Depatment. What’s more, they’ve been invited to headline a Russian music festival, which coincidentally is being sponsored by the Boris Yeltsin Foundation. Let those who ever critiqued their name feel the crushing weight of ignorance for no less than a week.

SSLYBY will perform as the first-ever American band at the Old New Rock Festival in Ekaterinburg on January 13th before visiting an English-language school the next day. The band previously journeyed to the country in 2007, playing a show in Moscow with the hopes of meeting their namesake. Unfortunately for what would have been an amazing photo op, the political leader had died a month before.

“People used to ask us if Boris Yeltsin knew about us. This is the closest we’ve come to answering that,” said drummer/guitarist Philip Dickey. “Despite his political follies, Boris Yeltsin seemed like a good and decent man. And the ambassador part. I hope I can use that on my résumé — an ambassador for America for one day.”

As to why they were chosen in the first place, Russian officials said the band arrived to them via the random magic of the World Wide Web: “We learned about the SSLYBY group quite by chance, through Internet search,” explained Yevgeny Volk, deputy director of the Yeltsin foundation. “You might know about the ‘serendipity phenomenon’ – when searching for something, you discover something completely different! Ultimately, it came down to the music and the “musicians’ comments on why they have chosen the name.”

For an international taste of the band, watch them perform “Think I Wanna Die” in Japan from last June. Enjoy, comrades!