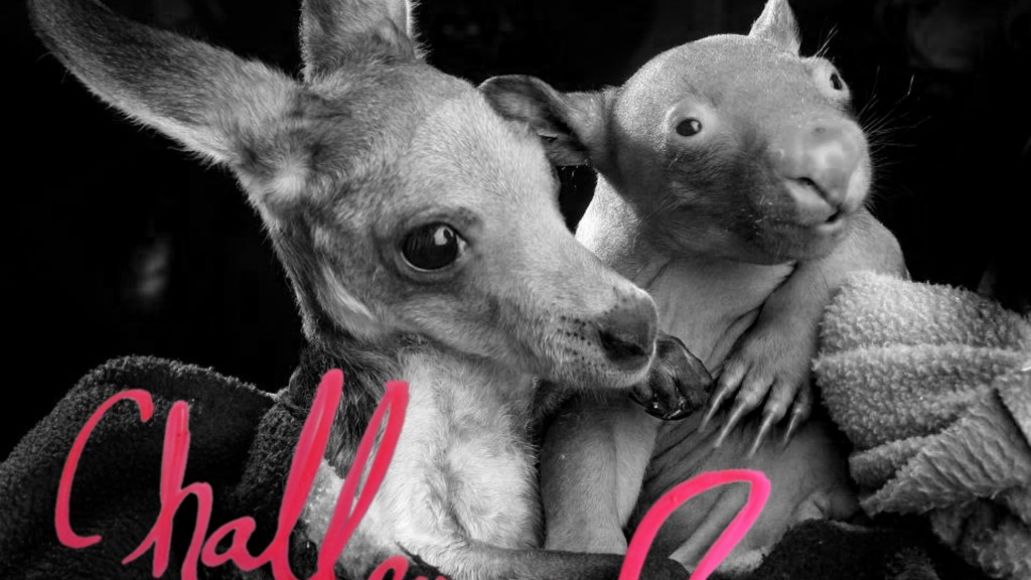 New York electro-pop band Challenger will self-release their debut full-length, The World Is Too Much For Me, on November 27th. The band formed after guitarist/frontman John Ross left Good Morning Engineer and The Influence, while drummer John Frank was previously a member of Holiday Shores. Joined by keyboardist/animal noise provider Devyn Waitt, the trio recorded the 11-song LP while Ross and Waitt were working on the score for the film Not Waving But Drowning, which Waitt wrote and directed. As such, the album has, according to a press release, an almost cinematic approach facilitated by “late nights (in the studio) looking out at the lights of lower Manhattan.”

Created over the course of two-plus years, after Ross had never never spent more than 20 minutes on any song, the album is influenced in part by the “epic pop” of Peter Gabriel, Haircut 100, Tanlines, Small Black, and Paul Simon. There is a grandiosity and bombast to each tune, echoing with the noise and reverb of polished sequences and crisp synth lines. Mixed in are more organic elements, namely the combo of anthemic drums and giant-sized guitars, and Ross’ earnest singer-songwriter approach to the album’s exploration of notions like desperation and escaping dire circumstances with light, positivity, and a little dancing. Highlights include the title track, “Life in the Paint”, and “I Am Switches”.

Stream: Challenger - The World Is Too Much For Me (CoS Premiere)