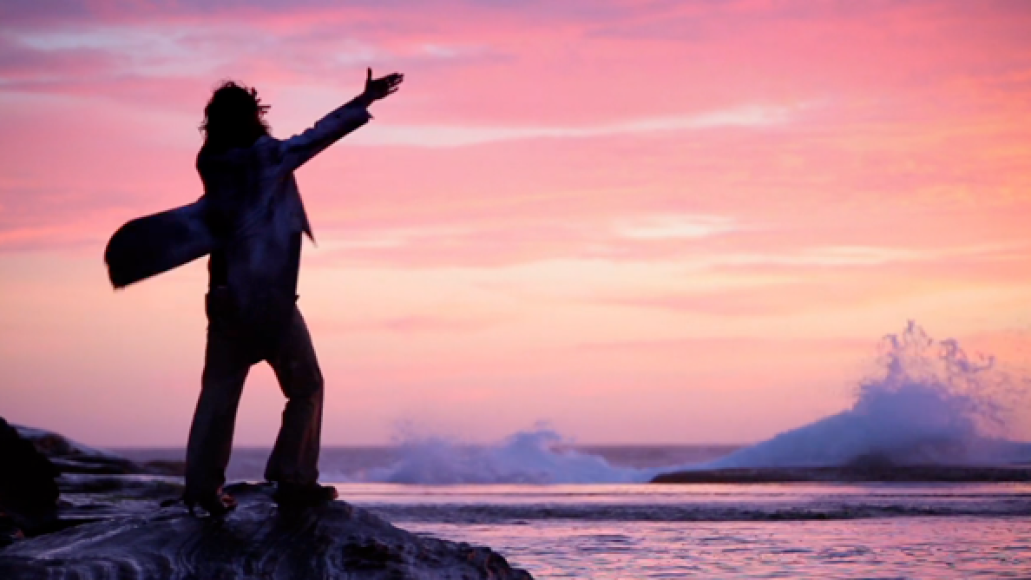 Ever since his ’90s triphop project Sneaker Pimps disbanded in 2004, mastermind Chris Corner has been focusing on his solo project, IAMX. Corner’s emotionally vulnerable yet sexual electronica has garnered attention from critics and fans alike. So much so, in fact, that the Pledge Music fundraising campaign for IAMX’s fifth record reached its goal in under one hour (as of this writing, 1893 pledges have pushed it to 640% with 78 days remaining). Take that, Amanda Palmer.

As a taste of where all that crowd-funding is going, Corner has released the video for his new single, “The Unified Field”. The song itself is the perfect showcase of IAMX’s gloomy beauty, with a chorus affirming, “Just because I don’t care, doesn’t mean I don’t feel / just because I don’t believe, doesn’t mean I don’t understand.” It’s about the oneness of humanity, while the video finds a mildly deranged homeless man finding that inter-connectivity within this fast and loud modern world. Of course, he finds it through the only appropriate medium for such a quest: music.

“The Unified Field” is part of a double-A single, also featuring “Quiet the Mind”, due out December 3rd via 61 Seconds. Pre-order the single at Amazon.