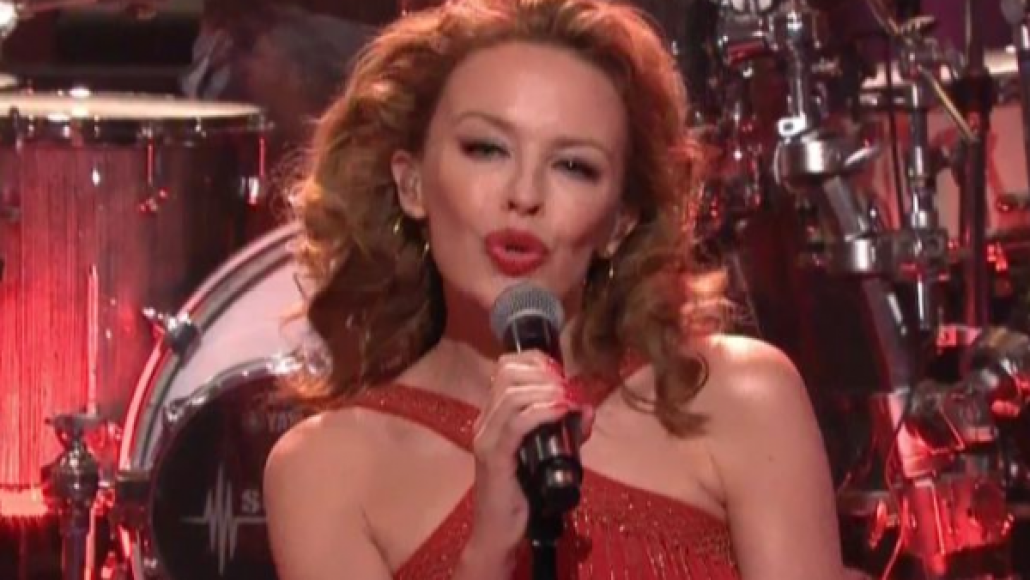 Kylie Minogue staved off arenas and stadiums last night for a performance on The Tonight Show with Jay Leno. In support of The Abbey Road Sessions, which brandishes “radically reworked” cuts of her previous hits, Minogue turned back the clock to 1987 and revisited her first single: “The Locomotion”.

Originally written by Gerry Goffin and Carole King, it was this cover that put the Australian singer at the top of her country’s charts for seven weeks and landed her a deal with Mushroom Records. As she tweeted earlier tonight, she turned in quite a “ROCKIN version” for Leno. Replay it below, courtesy of The Audio Perv.

Nation of Language Perform "Across That Fine Line" on Colbert: Watch