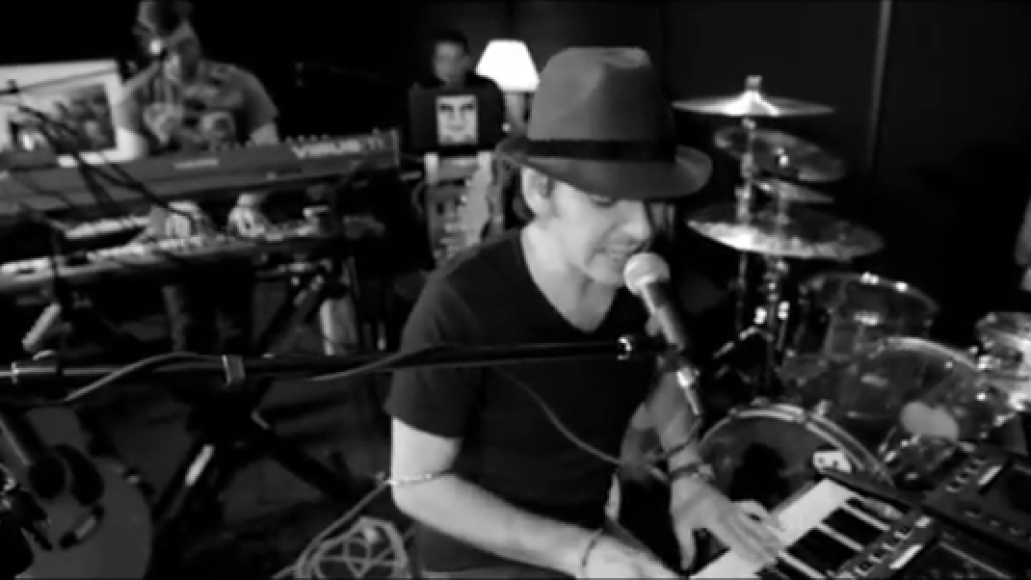 One of the most intriguing aspects of thenewno2 is how hard it is to pin down their sound. Maybe it’s a sort of trip-pop Radiohead, or perhaps more of a psych-rock Beck. “Station”, off of their recent thefearofmissingout LP, sums up this aural amalgamation pretty well in its chorus: “I’m changing so fast, you can’t keep up.” In the new video for the song, the band at least gives you a chance to try.

Directed by Steven Sebring (Patti Smith:Dream of Life), the clip takes you in studio with Dhani Harrison, Paul Hicks, and the rest of thenewno2. As the camera moves around the studio, we’re given glimpses at the myriad equipment used to produce the band’s unclassifiable sound. Can you keep up?