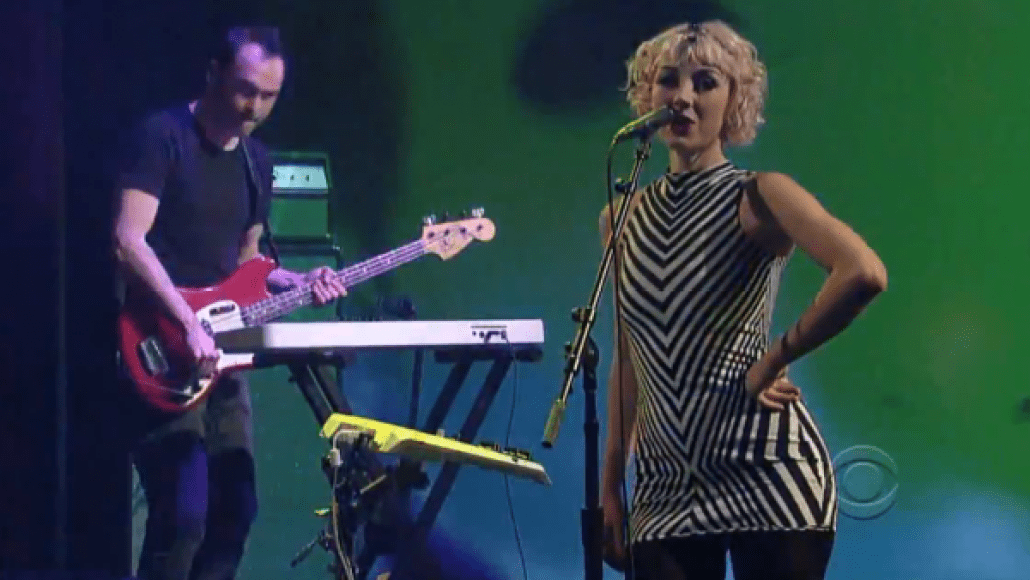 UltraÃ­sta — the new project from Radiohead producer Nigel Godrich, Atoms for Peace drummer Joey Waronker, and London artist Laura Bettinson — appeared Friday night on Late Show with David Letterman. The collective performed “smalltalk”, off their self-titled debut, and you can watch the replay below.

We recently spoke to Godrich and Bettinson about the group’s formation, the album, and more. Read the full interview here.