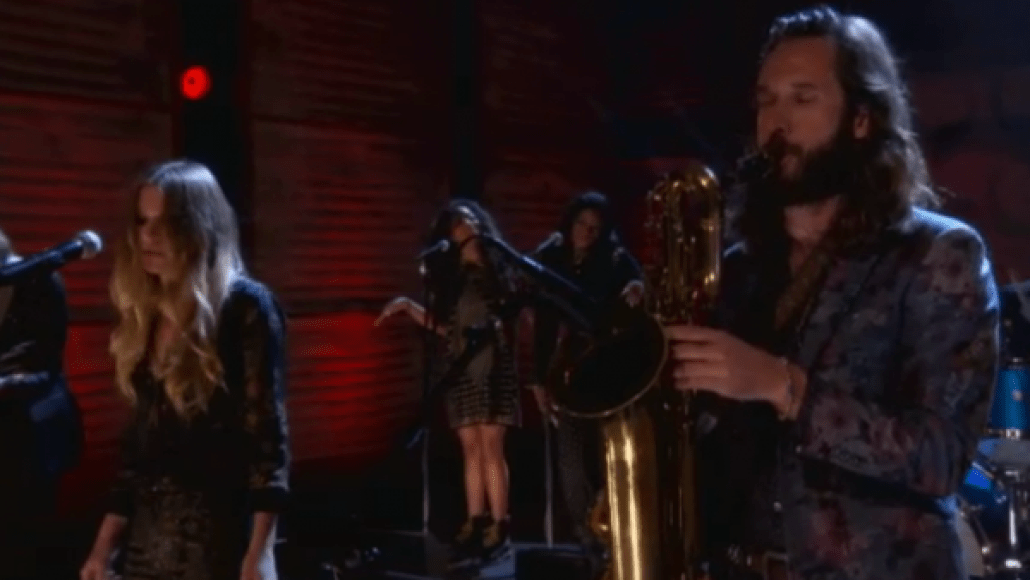 Chicago’s Wild Belle, currently amidst their fall/winter tour, stayed up late last night to make their television debut on Conan. Eschewing the seasonal cold front of their hometown-by-the-lake, the retro-pop duo poured the sunscreen on for a sun-soaked cut of their new single, “It’s Too Late”. Replay the performance below.

The duo’s new single, which includes “It’s Too Late”, “Backslider”, and “Keep You”, is out now via Columbia Records. Their full-length studio album, Ises, will surface March 12th via Columbia Records. While they’re currently wrapping up a number of tour dates for 2012, they’ll return to the road in January alongside Toro y Moi. Consult the full itinerary after the video.