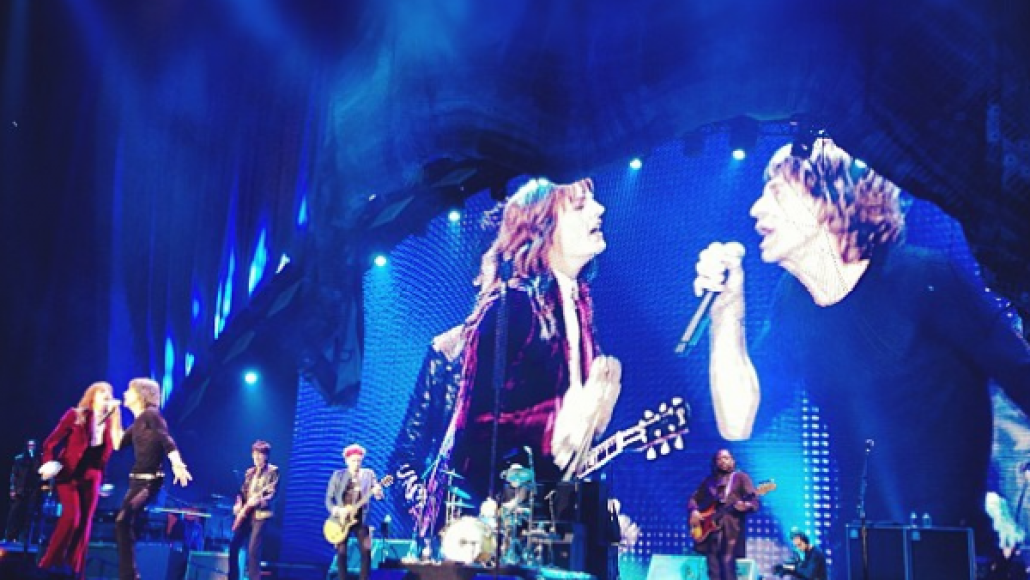 One could argue Florence Welch experienced her biggest career highlight to date in London tonight. The mastermind behind Florence and the Machine has toured the globe, played the biggest music festivals, and collaborated with everyone from Josh Homme to Drake. But few things rival singing “Gimme Shelter” alongside Mick Jagger, which is exactly what Welch did during The Rolling Stones’ show at the O2 Arena.

Following in the footsteps of Mary J. Blige, who joined the Stones during their show earlier this week, Welch showed off her impressive chops while dressed like Beyoncé in Austin Powers. And when her part was done, she did a nice little jig with Mick. Watch fan footage of the historic moment below.

The Stones will next make their way to America for a trio of shows in Newark and Brooklyn next month.