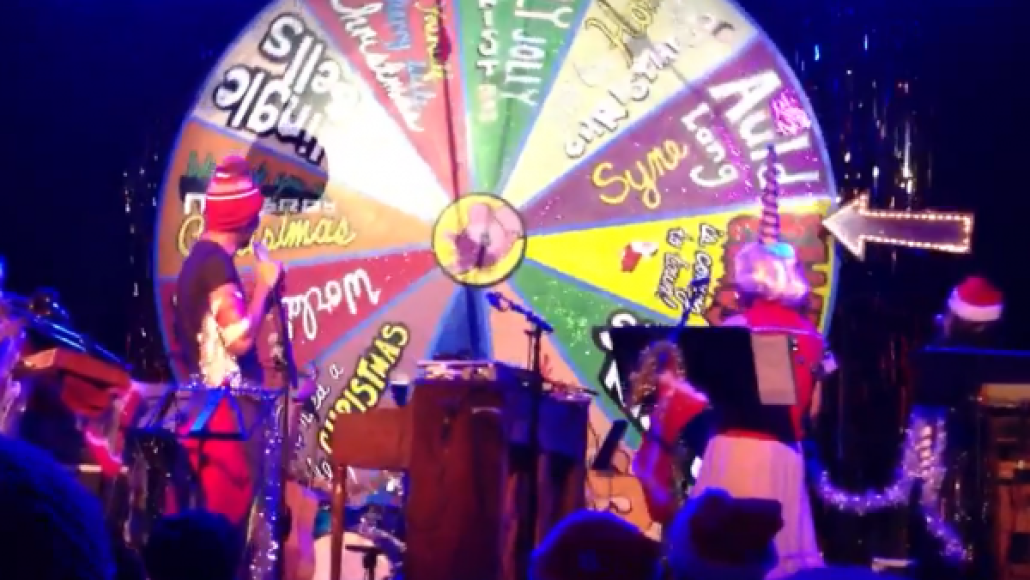 Santa Sufjan Stevens kicked off his holiday-themed tour, known officially as The Surfjohn Stevens Christmas Sing-A-Long: Seasonal Affective Disorder Yuletide Pageant On Ice, at Philadelphia’s Union Transfer last night. “I know this is probably some weird psychedelic nightmare for some of you, but this is like a dream come true,” Sufjan said to begin the show.

According to Pitchfork, the setlist comprised both holiday-themed originals and seasonal favorites, the latter of which were chosen by a spinning wheel and then sung in unison by Sufjan, his band, and the audience. Among the songs covered: “Jingle Bells”, “Oh Holy Night”, Auld Lang Syne”, and a pair of songs from Sufjan’s new holiday box set in the form of “Sister Winter” or “Mr. Frosty Man”.

Below, we’ve rounded together various fan footage from last night, including the first 25 minutes in full. You’ll also find the the docket for future Sufjan’s Christmas Sing-A-Longs.

And here’s the wheel in action…