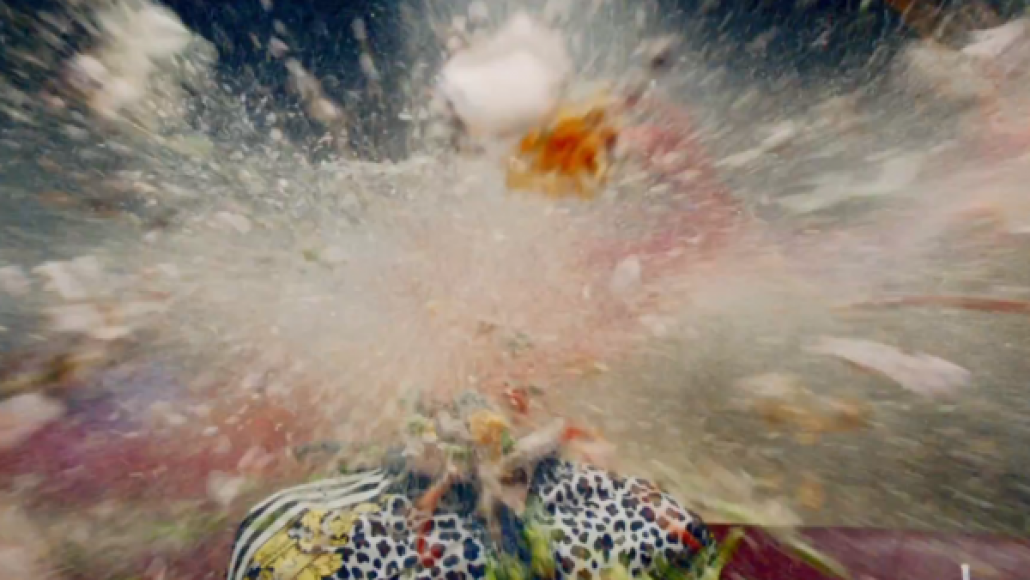 Director Jonas Akerlund, the mind behind Madonna’s “Ray of Light”, returns with visuals for The Rolling Stones’ “Doom and Gloom”. For their first new song in seven years, the band ruminates about the sad state of our little blue planet. But the world presented in Akerlund’s video is far worse than the one we’re living through now, even with the downfall of Sesame Street’s Elmo.

In this Stones-ocalypse, street urchins roll around in trash and smash TVs with baseball bats, women hitchhike topless (or maybe that’s just Noomi Rapace’s style?), and zombies eat people and engage in choreographed dances, all serving as overwhelming allegories to rampant socio-political issues like class warfare, economic inequality, and fracking. If there’s an upside, it’s the band, especially drummer Charlie Watts are far too old to be bothered, instead jamming away obliviously as Mick Jagger shakes his booty like it was still 1966.

“Doom and Gloom” is one of two new songs appearing on the band’s greatest album GRRR!. Order any or all of the compilation’s many configurations here.