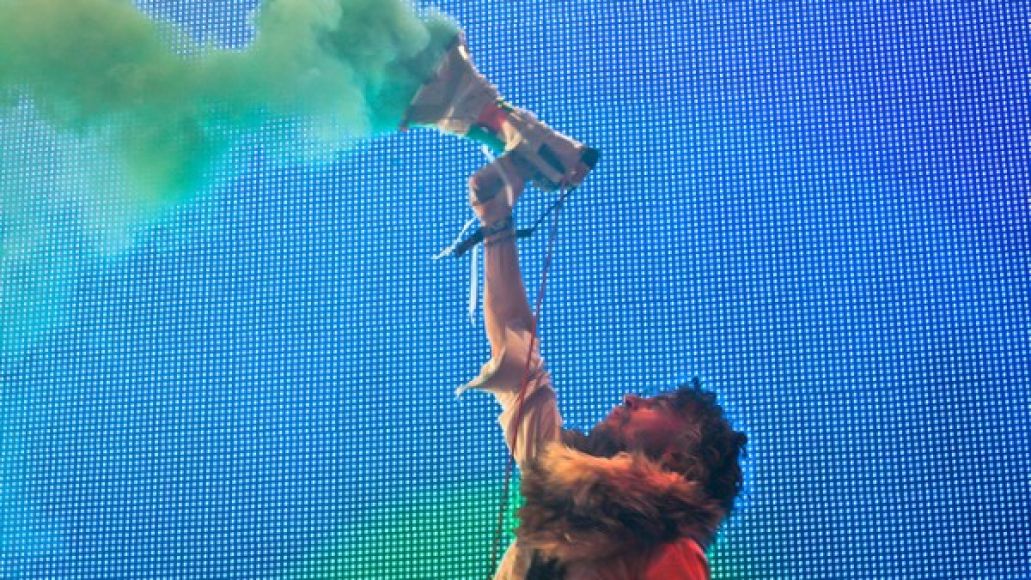 While known primarily as a humorous and progressive publishing house (and the force out Beck’s Song Reader), McSweeney’s recently commissioned writer Richard Parks to create a one-hour radio special starring Wayne Coyne and Steven Drozd of The Flaming Lips. As McSweeney’s tells it, Parks vanished for a few months, no doubt held up in his writing cave, and emerged with a most bizarre and shimmery gem.

“Wayne Coyne’s Human Head-Shaped Tumor” is a “continuous-play radio drama in the style of Mercury Theatre’s War of the Worlds” about, you guessed it, an imaginary tumor shaped like a human head growing on Coyne’s leg that speaks to him. Along with Coyne and Drozd, the cast, playing versions of themselves, is rounded out by Coyne’s wife Michelle Martin-Coyne, the Lips manager Scott Booker, actor Paul F. Tompkins, and This American Life’s Jack Hitt.

Frightening plots aside, the story will be interspersed with a slew of brand-new compositions from not the Lips, Okkervil River, Grizzly Bear’s Ed Droste, Eleanor Friedberger, Bill Callahan, Nico Muhly, members of Oneida, and more. Several of the musicians appeared live during the segment’s recording.

“We listened to it, and didn’t know what to make of it, but the music was great, and there was all kinds of crazy sound design—car crashes and helicopters and murmuring tumors (yes, murmuring tumors),” wrote McSweeney’s. “We’ve been playing it since then from time to time, and people seem to like it—so we thought we’d finally make it available to listeners.”

The piece will be broadcast on November 24th and 25th at 5 p.m. PST on 89.9 KCRW in Los Angeles and on KCRW.com worldwide.