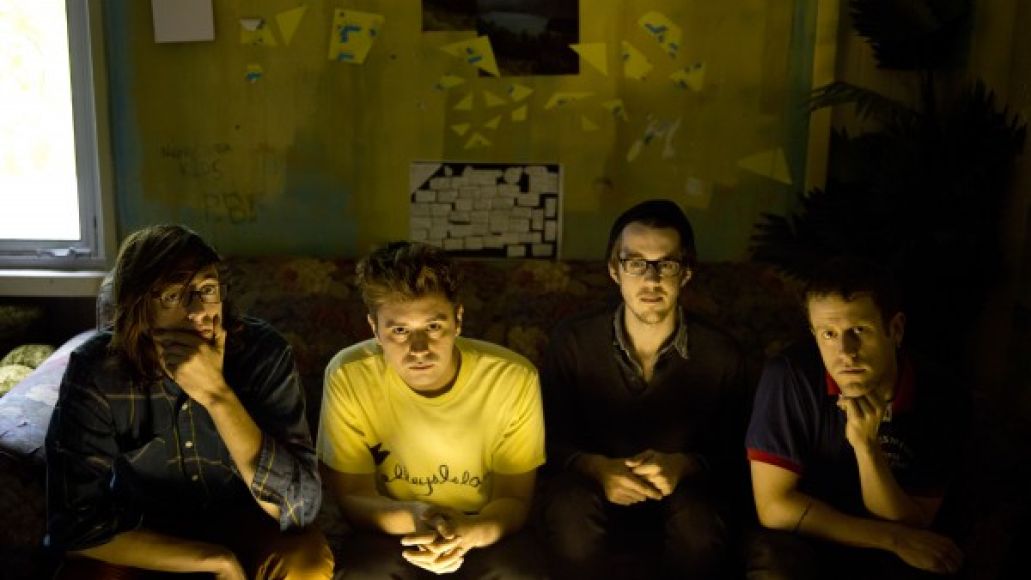 Cloud Nothings aren’t wasting any time following up their year-end favorite Attack on Memory. While speaking with MTV Hive aboard S.S. Coachella, frontman Dylan Baldi indicated he’s written the majority of the band’s next album.

“The album is a little less melodic,” Baldi explained. “It’s noisier and less straightforward. I think people will be able to handle it. There’s one track that sounds a lot like early Wire, that I really like. There’s not really words yet, I write them super last minute when I’m in the studio.”

The band will hit the studio in April and Baldi expects the album to surface next fall. It would appear he’s a believer in the Jack White Rule, as he added: “I want to do one thing each year or else I’ll feel like I’m lazy.” For a refresher, check out their recent video for “Fall In” below.