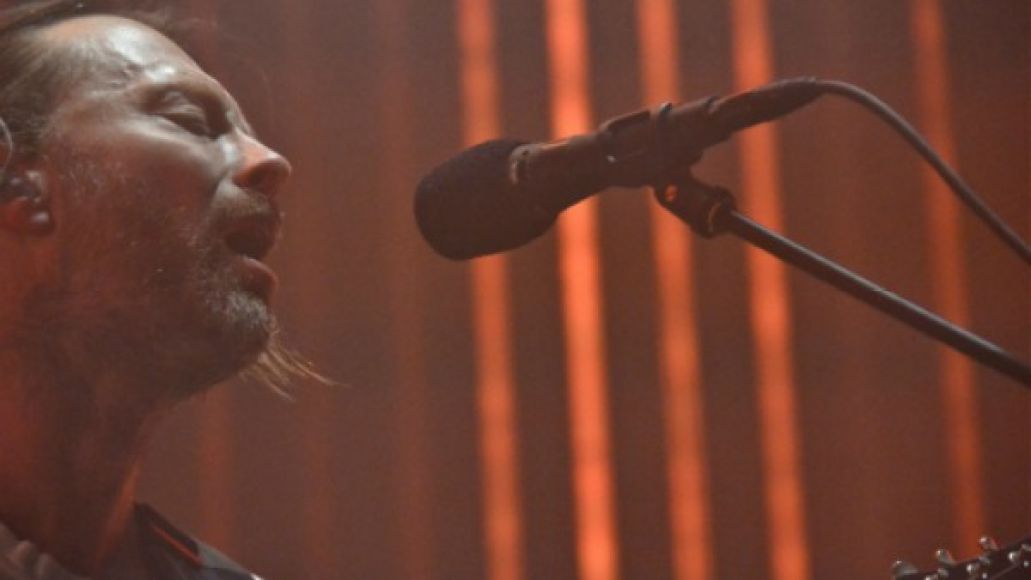 Mixing on the live recording was handled by Paul Phipps, who explained the process on RadioheadBonnaroo.com:

It’s hard to believe this was over 5 years ago, but a friend of mine was running sound that night. He snagged the 2-track master from the board and handed the raw WAV over to me. I felt like I scored the mix of a lifetime. I’ve spent twenty years behind mixing consoles and mastering is one of my fortes, so I couldn’t wait to pull the best out of this one.

After two months of wrangling, I finally came up with a mix that I loved. Everything is crystal clear. I have heard every “official” Radiohead live release and none of them sound this clear. After 5 years of keeping this to myself, I had a talk with my friend — and he gave me to the OK to go ahead and release this to the public on the 5th anniversary of this awesome show. Of course, they could tell me to take it down any moment, so I would download the files below as soon as possible.

Consider this the best gift before year’s end. Consult the tracklist below, pout that you weren’t there (again), and download immediately.

Radiohead 2006 Bonnaroo Music Festival Tracklist:
There There
2 + 2 = 5
15 Step
Weird Fishes/Arpeggi
Exit Music (for a Film)
Kid A
Dollars and Cents
Videotape
No Surprises
Paranoid Android
The Gloaming
The National Anthem
Climbing Up the Walls
Nude
Street Spirit (Fade Out)
The Bends
Myxomatosis
How to Disappear Completely
Encore:
You and Whose Army?
Pyramid Song
Like Spinning Plates
Fake Plastic Trees
Bodysnatchers
Lucky
Idioteque
Karma Police
Encore 2:
House of Cards
Everything in Its Right Place