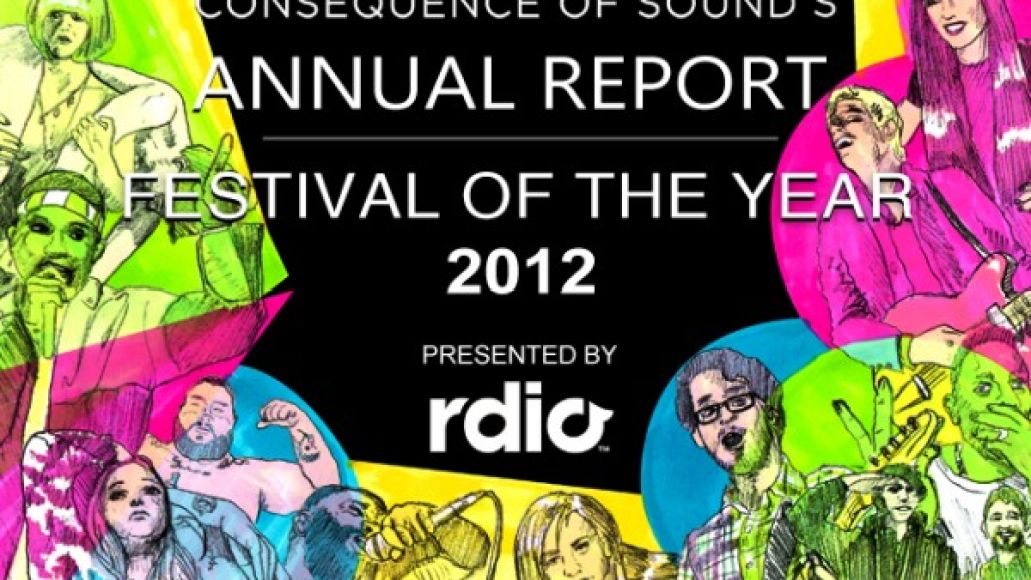 Maybe you have to be there to really understand it, but the seventh incarnation of Austin, T.X.’s Fun Fun Fun Fest (FFF7, for short) was unlike any other music festival in America this year.

Actually, maybe you don’t have to be there because this kinda says all you need to know about FFF7: For 2012, the festival debuted its Taco Canon. Yes, the festival’s organizers arranged for a large air gun to shoot soft tacos, nestled in FFF-branded T-shirts or bandanas, across thousands of festivalgoers. In many ways, the Taco Canon encapsulates the madness, fun, and absurdity of the FFF weekend.

But even if you couldn’t catch any flying tacos (dude, it was hard), there were half pipes full of extreme skaters, rollerbladers and bicyclists tearing shit up, in addition to a small WWE-like wrestling ring that folks volunteered to wrestle one another in. Then there’s the music which, over all these ephemeral thrills, is FFF’s true focus. 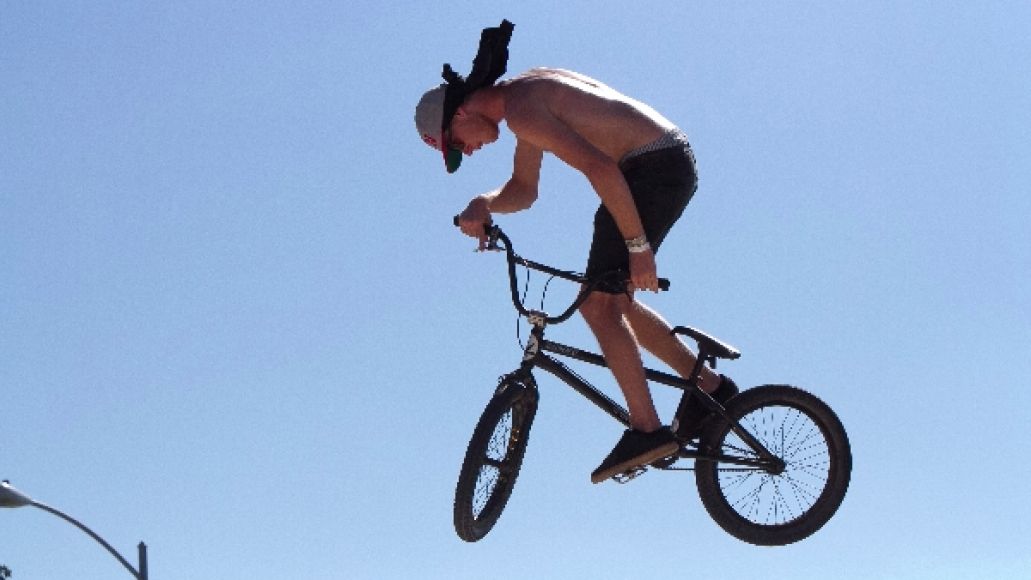 Notably, it focuses on reintroducing quiet legacy acts who haven’t played a festival (or at all) in some time. Moreover, FFF strives for genre diversity with a zine-reading record store clerk’s aplomb, emphasizing hardcore, punk, metal, and other ear-shattering genres with an entire stage dedicated to them: the Black Stage.

So, it’s not hard to imagine festival co-founder, booker and organizer Graham Williams being full of humor, candor, and more than a little piss and vinegar. In light of this year’s honor, Consequence of Sound’s Paul de Revere sat down with Williams and talked about what acts he wants Fun Fun Fun Fest to book in the future, that wild debacle last year with Glenn Danzig, and Val Kilmer’s crazy appearance this year.

FFF Fest is a singular festival in that one motivation is to get legacy acts that sometimes haven’t performed in 10-20 years and give them a large festival stage to perform on. You were one of the few festivals to score reuniting acts like Run-D.M.C., Braid, The Promise Ring, etc. this year. What’s the motivation behind that?

Yeah, I guess we do that more than others or least make it a big part of the fest. For us, it’s just about having that reach and presenting everything that is great about underground/progressive music, old and new. We never want to just become known as a nostalgia fest that only has old bands, as that defeats the purpose of FFF and doesn’t respect what bands like Superchunk, Run-D.M.C., Negative Approach, etc. all meant when they started. They were the underdogs and they were new and misunderstood. So we wanted up-and-coming acts, artists that have been touring a while and reunions.

Regarding the old-school bands, it’s great that they have their day in the sun now, but it’d be crazy if we didn’t have new bands which, in a way, are the next Run-D.M.C., X, or Superchunk. For us, it really is about that spectrum that is independent music. Some look at it as being a punk fest. And while it might be that in spirit, there are four stages of bands in the park and only [the Black Stage] leans punk. But compared to other fests that are so specifically one thing, it just seems that way. We really want it to be a balance of all things cool. We want it to be our playlists on our computers or our record collections at home, but live. 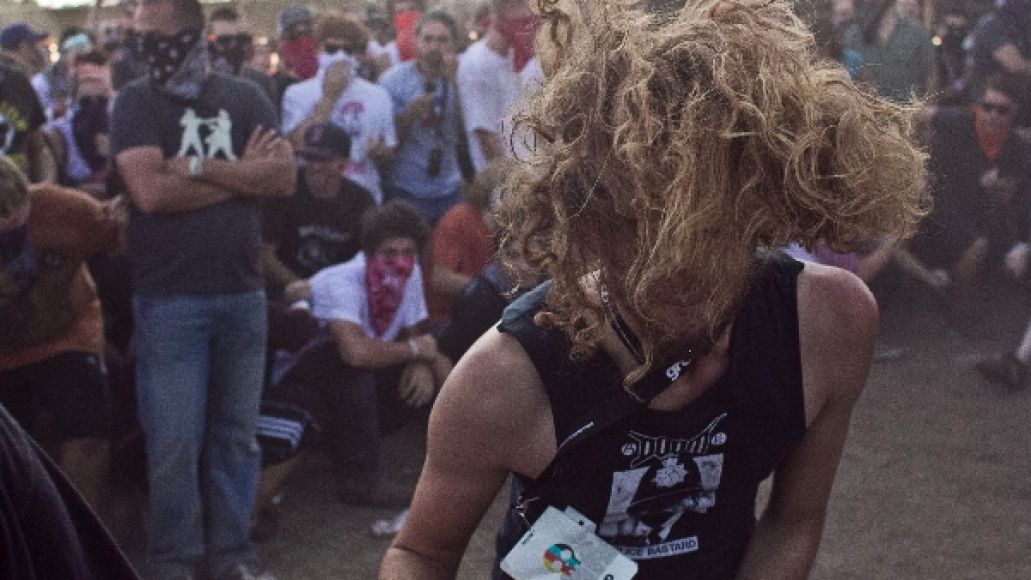 Well, all that you mentioned. Though Karp is tough, as a key member died. I’d love to have Iron Maiden but it’s way out of our price range. Fugazi is a dream but unlikely. I think they’ll play again at some point, but don’t know they’d do something like FFF. The band kind of walks to its own beat, but maybe. A guy can dream. Born Against, Verbal Assault, or other hardcore bands that were small, but [that] I loved growing up and were important within a specific scene. There is a lot of cool comedy that would be epic, like a Mr. Show reunion live, Louis C.K., Dave Chappelle…and Carrot Top.

Are King Diamond and Venom already confirmed for next year, FFF8?

They’re both on the shortlist for bands to reach out to for the Black Stage [next year] and ones we tried for this year, but it didn’t work out. We don’t have anyone confirmed for 2013 yet. But [I’m] working on some stuff. Maybe we’ll get ’em next run.

Have you thought about going more of an All Tomorrow’s Parties-type route and having legacy bands play full records in sequence? Or commission specific works from them? Is that something you guys would consider doing?

Yes and no. We had X do Los Angeles this year and Bob Mould do Copper Blue. Part of me thinks that whole concept– while I loved it when it started, and ATP really kicked it off, I feel– has kind of been done to death. But on the other hand, people still enjoy it and some bands enjoy doing it. Plus, I think lots of bigger indie bands did it with ATP’s Don’t Look Back series and similar events, but not as many punk, metal, and rap acts, who are just recently starting to follow the concept more over the past few years. So FFF can kind of dip into that world a bit more than some festivals who don’t do a lot of that genre.

We’ve asked some bands to do it in the past and some have even come to us with the idea of doing a record beginning to end. I think it’s more about who is receptive to what. Some artists think it’s an insult to be asked to even do it. Maybe they feel they have a whole body of work and that asking them to only play a small part of it doesn’t respect what they’ve done and are still doing. On the other hand, it’s a fest and your fans pay a lot to see a classic band that hasn’t played in awhile and they come on stage and play mostly stuff people don’t like — it’s a bummer, too. 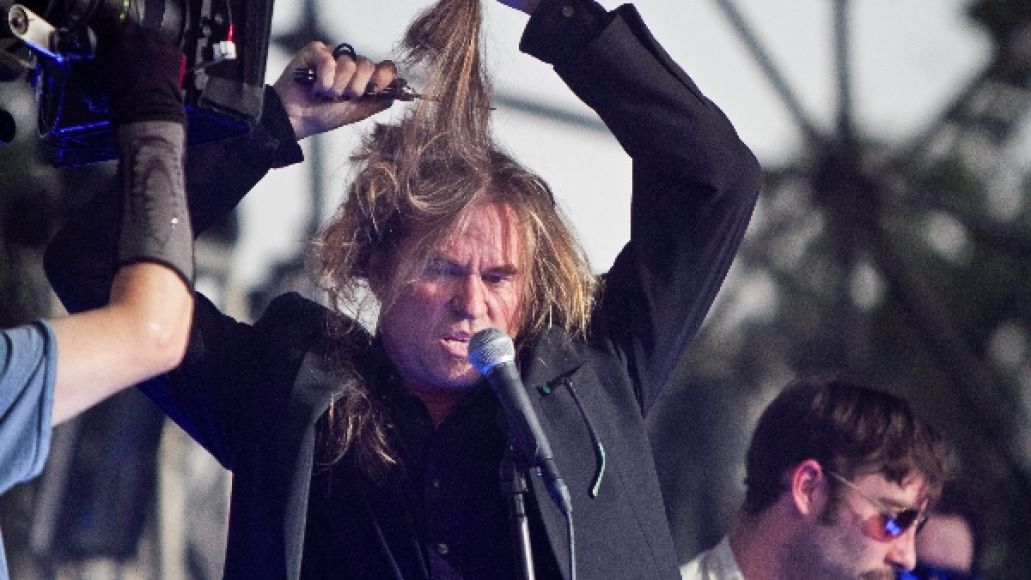 There was a lot going on this year at FFF. Terence Malick was shooting his new as-yet-title movie starring Ryan Gosling and Rooney Mara, which involved people following them around, gawking or pointing. Another one of the actors in that forthcoming movie, Val Kilmer, cut off his hair with a knife, screaming crazy shit on stage with The Black Lips. Has this level or kind of visible insanity ever happened with an FFF before? Is this a regular thing or was this year special in that regard?

Yeah. I mean, there is always unique stuff happening at the fest, whether it’s funny/weird or funny/stupid stuff that we come up with around the fest, on stage, in the audience, online, etc.

This Malick movie seems like a big deal with the celebrity cache you got this year. Do you think the festival has reached a new plateau of popularity?

That particular level of notice from media was bigger than usual, since press is usually focused on the music at the fest… But it was more funny and noticed by [FFF] fans, where this year I noticed more mainstream press like People talking about the Val Kilmer thing.