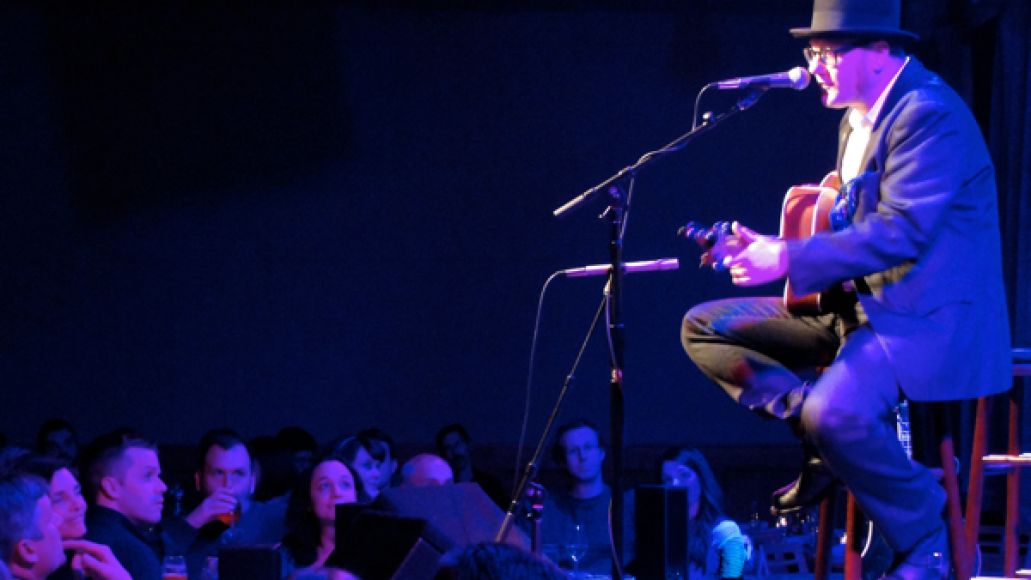 It takes a certain charm to hold court at Chicago’s City Winery, a seated space with formal silences that could easily intimidate a less practiced performer. Luckily, Mike Doughty is a seasoned veteran, having fronted alt rockers Soul Coughing for several years before going solo in the early 2000s. Touring behind his seventh full length, The Flip Is Another Honey, Doughty resisted the urge to dwell on Flip’s covers and instead dug deep into his catalogue for an impressively long set. “Do you know what time it is?” Doughty inquired of the crowd at one point. “I play without a setlist, so I’m always worried.”

Touching upon each of his previous records, Doughty mixed live-set favorites like “Busting Up a Starbucks” and “Tremendous Brunettes” with more unusual tracks like the slinky “Rising Sign” and up-tempo or up-tuned versions of numbers like “Madeline and Nine” and “Grey Ghost”. While some of the edits were no doubt ad-libbed, Doughty, as is his habit, often paused to remember the right keys, tuning and re-tuning during the set, cheerfully salting his banter with expletives when the wrong chord was struck. “I want a good sound; that was shitty! What am I doing?” he exclaimed before closer “Put It Down” was masterfully faded into (and back out of) spoken-word “Pleasure on Credit”. 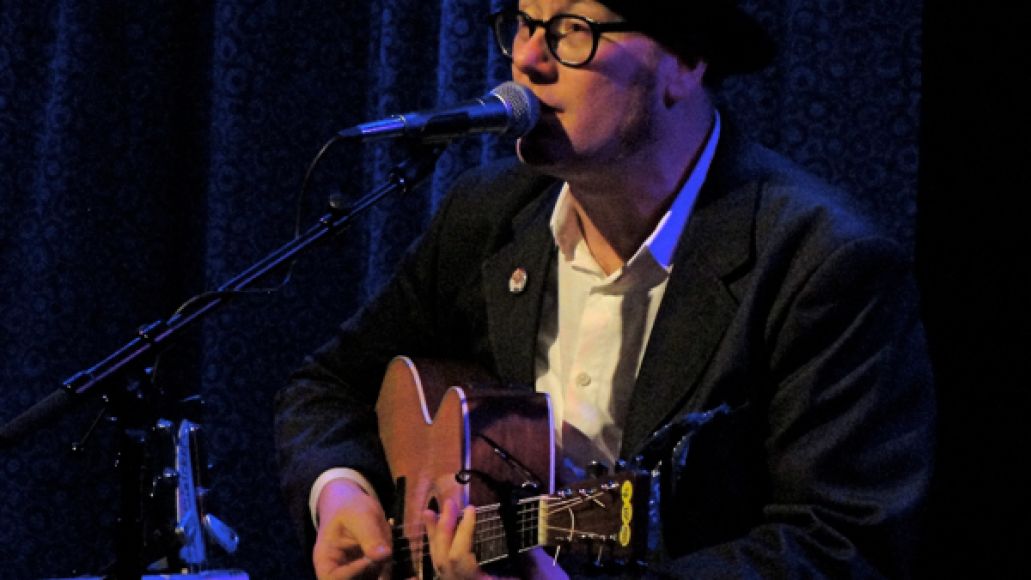 The Winery crowd was eerily quiet towards the beginning, as it often is, but Doughty, no stranger to noisy fest crowds, seemed to appreciate the attentive audience, whose participation grew to shouting requests by the second half (several of which Doughty honored on the fly, between stories about the origin of his hat and “delivering ice cream to restaurants staffed by models”—“I was a lonely man”). His thick, rasping tenor carried out into the high open space, buoyed by his acoustic guitar, which lent extra bounce and emphasis to “Madeline and Nine” and “Year of the Dog”, which Doughty played far up the neck of the guitar.

But Doughty’s greatest talent as a songwriter is in his word play, which was evident during the nearly two-hour set. Many writers make clever rhymes, but Doughty explores alliterations, syllables, and verb tenses. He uses sounds that lead into lyrics (as on “Na Na Nothing”) and lyrics that lead into deeper thoughts (as on “Vegetable”, where Doughty wishes to “make the words swell in a villanelle”). He played to the crowd with an encore of “Drunk on the Train to Chicago” and “27 Jennifers”, but he didn’t have to; he had the rapt audience in his hands from word one.

Setlist:
Unsingable Name
Sunken-Eyed Girl
Country Roads (John Denver cover)
Where Have You Gone
Tremendous Brunettes
Year of the Dog
Busting Up a Starbucks
Rising Sign
Shunned and Falsified
Running Back (Thin Lizzy cover)
Madeline and Nine
(You Should Be) Doubly (Gratified)
Grey Ghost
I Hear the Bells
Vegetable
I Just Want The Girl in the Blue Dress to Keep on Dancing
White Lexus
Real Love
Na Na Nothing
Looking At The World From The Bottom of a Well
Looks
Put It Down (trans. into Pleasure on Credit)
Encore:
Drunk on the Train to Chicago and I Feel Alright
27 Jennifers